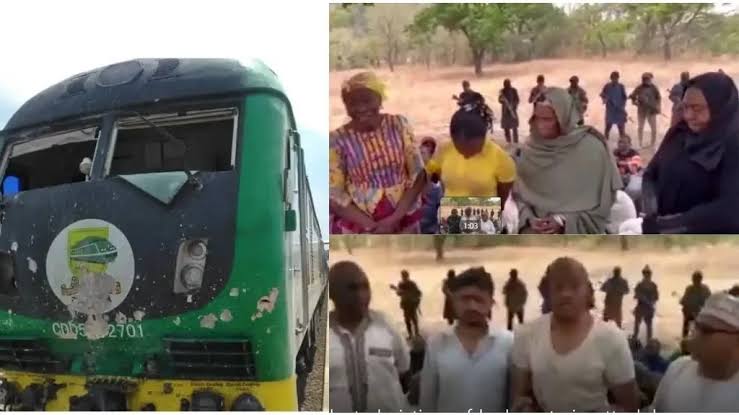 The families of the kidnapped passengers of the ill-fated Kaduna-bound train attacked by terrorists on March 28, 2022 have picketed the headquarters of the Ministry of Transportation in Abuja.

The action followed a video by the terrorists, which showed the remaining victims of the attack being flogged by their captors and the latter threatening to kill them if the Federal Government fails to respond to their demands.

Protesting on Monday, the relatives of the victims blocked the gate of the Ministry of Transportation and barred its staff from entering the premises.

They asked the government to secure the release of their relatives held by the kidnappers.

A spokesperson for the protesters, Ahmed Aruwa, said they would continue to block the entrance of the Ministry of Transportation until they get a definite response from the government.