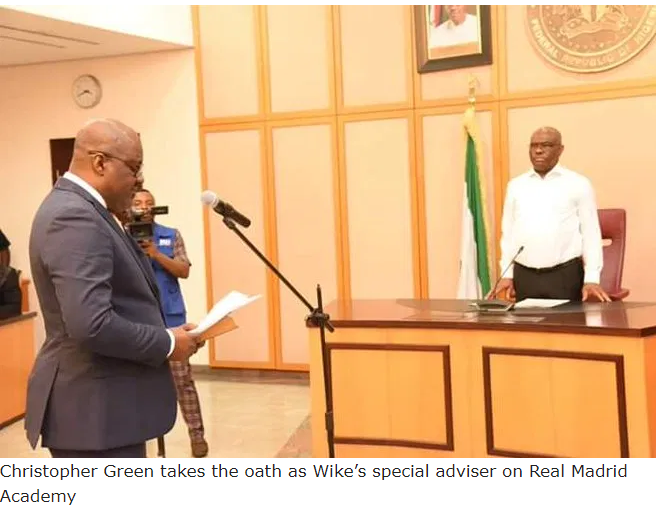 The special adviser who was sworn in along the Permanent Secretary, Ministry of Lands, Mr Alozie Nwala in Port Harcourt is Christopher Green, a former board member and chairman of the NFF technical committee.

Wike pledged to nurture the Academy into a world class institution for the development of professional football.

The governor, who said that Green was appointed Strictly on merit, advised the new Special Adviser to apply his experience and knowledge in the management of the Academy.  He also directed the new Permanent Secretary, Nwala to follow due process in all his actions, adding that failure to do that may lead to sanctions.