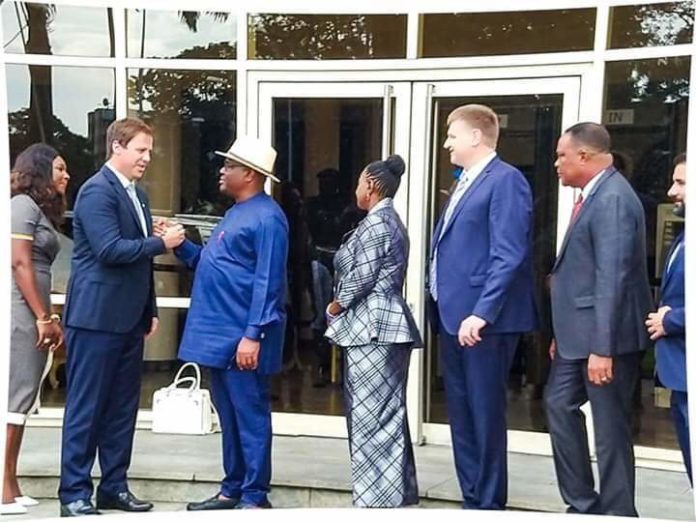 Rivers State Government and Julius Berger Nigeria Plc have signed an agreement for the construction of three flyover bridges to develop the landscape of Port Harcourt and resolve traffic congestion in the city.

Speaking after the Agreement Signing Ceremony,  Rivers State Governor,  Nyesom Ezenwo Wike declared that the Flyover Bridges will be completed within 16months and in line with approved specifications.

Wike said that the Rivers State Government will pay 70percent of the contract sum to ensure that the contractor executes the three flyover bridges on schedule.

The Governor also disclosed that his Administration has awarded contracts for the reconstruction and expansion of key roads in Port Harcourt and Obio/Akpor Local Government Areas.

He stated that the Rivers State Government chose Julius Berger Nigeria Plc to execute the project because of the administration’s commitment to quality. Managing Director of Julius Berger Nigeria Plc, Dr. Lars Richter assured that the company will deliver the three flyover bridges within the approved 16months period and would deliver quality projects across the State.