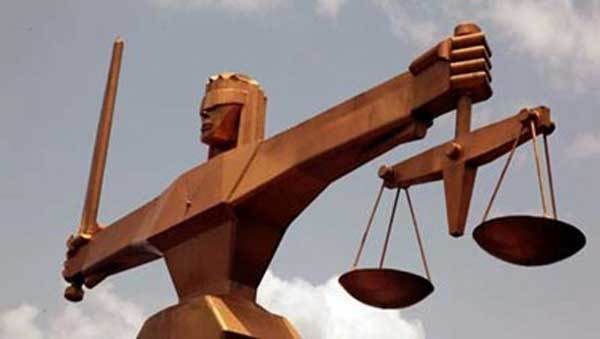 The National and State Assembly Tribunal has nullified the election of the member representing Obi/Oju State constituency and directed the independent national electoral commission INEC to withdraw the Certificate of return issued to the APGA representative and declare Samson Okwu of PDP, as the legitimate winner of the said election

Delivering judgement in the petition filed by  Okwu against the election of  Ogewu, tribunal chairman  Justice A.A.Adeleye declared that the petitioner won the election with a margin of nine hundred and ninety four votes cast from the two Local Government Areas.

Justice Adeleye faulted the decision of INEC which declared Ogewu the winner without including result for Obi Local Government Area in the final collation, pointing out that the     margin of win, which the APGA candidate secured over the petitioner in Oju, was inconsequential hence the total number of registered voters from Obi which is Fifty nine thousand, four hundred and eleven far exceeded Ogewu’s earlier margin of lead.

He pointed out that the declaration of  Ogewu as the winner of the Federal Constituency seat based on only the result for Oju, where he scored twelve thousand, seven hundred and ninety-four votes against Mr Okwu’s Six thousand, seven hundred and ninety-seven, was invalid hence he did not secure majority of the lawful votes cast from the two Local Government Areas that made up the Federal constituency.

He deducted two hundred and fifty two votes scored by the APGA candidate in Oju Local Government Area on the ground that they were allotted to him in error.

The Tribunal accordingly declared Samson Okwu, the winner, saying the petitioner’s witnesses convinced the court with cogent evidences of non compliance with the electoral act to warrant the court decision in their favour while the respondent’s witnesses failed to prove the allegation of violence in Obi Local Government Area during the election.

Dino reacts to sack by tribunal, says no shaking