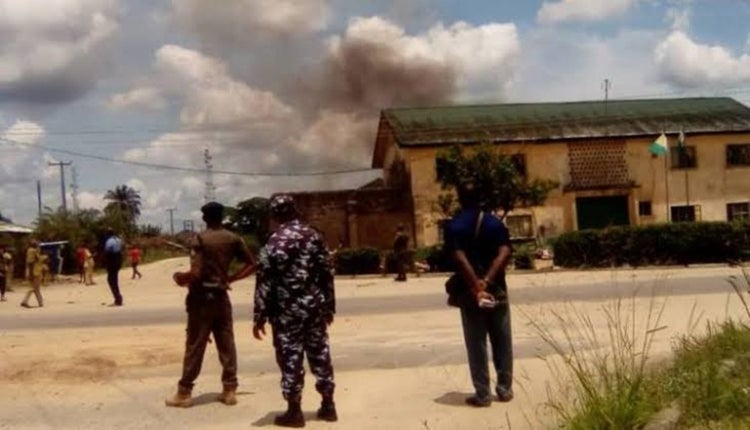 Pandemonium ensued on Monday April 27, as Sapele Prison was set on fire by protesting inmates of the correctional center.

The inmates were protesting the release of only three inmates of the facility, even though 25 persons were granted amnesty by the state government. They also protested against the poor welfare situation in the correctional centre.

An official of the correctional center said;  “None of the inmate escaped during the riot aside one building that was set ablaze by the inmate which about three offices were affected. The situation has been brought under control.

“The Delta State Comptroller of Correctional Centres has just arrived with the Police Area Commander in Sapele as well as the Divisional Police Officer. The Chairman of Sapele council is also here.

“What the inmates are saying is that they are not happy that only three of their colleagues were released when the state Chief Judge visited us some days back. They are demanding more people should be freed to decongest the place.”

The fire was contained by a combined team of firefighters from the State Fire Service and Seplat Fire Service.

The State Police Public Relations Officer, DSP Onome Onowakpoyeya, confirmed the protest by the inmates but debunked claims of the incident being a jailbreak.