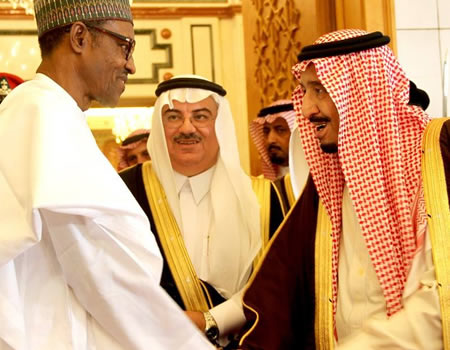 Saudi Arabia will open its doors to international tourists under a new visa system that allows people from 49 countries to apply for e-visas and visas on arrival.

However, no black African nation, including Nigeria, is included in the offer.

The chairman of the Saudi Commission for Tourism and National Heritage, Ahmad Al-Khateeb, said the move was part of the kingdom’s efforts to wean its economy off oil.

The tourist visa system will take effect from Saturday.

Citizens of Germany, the United States and China are among those who are eligible to use the new system.

Tourists will be allowed to stay for up to three months per entry but can only spend a maximum of 90 days a year using their one-year multiple-entry visa.

Saudi Arabia has long been one of the hardest countries for tourists to enter, with visas granted only for short-term business trips, religious pilgrimage, or for travelers with family in the country.

The ultra-conservative kingdom is on a push to attract holiday makers.

The kingdom’s guidelines for tourists does not specify a dress code for women, saying that it is not mandatory for a woman to cover her hair or wear the long, loose garments known as abaya.

“Both men and women are asked to dress modestly in public,” and women “should cover shoulders and knees,” the kingdom said.

The kingdom hopes that by 2030, the tourism sector would contribute more than 10 per cent towards the kingdom’s gross domestic product (GDP), compared to three percent now.

The tourism announcement comes less than two weeks after drone attacks targeted two facilities operated by Saudi state oil giant Aramco in the eastern province of Buqyaq, forcing the kingdom to halt about half its oil supplies afterwards.