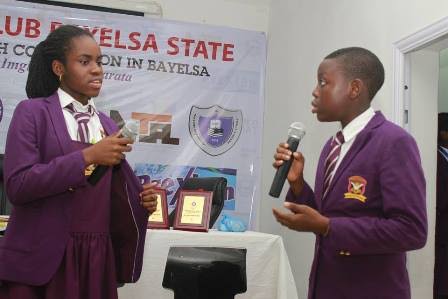 The state government has directed that all primary and secondary schools in Bayelsa State immediately go on a six-week flood break as part of efforts to lessen the impact of flood.

The flood break, which is required for both private and public schools, is expected to protect students from the flood’s negative effects.

Aside from ordering the closure of all primary and secondary schools, the Governor Duoye Diri Government has also formed a task force to identify high ground where flood victims can relocate, while all closed water canals in the state are being opened up to reduce the impact of the flood.

Some parts of Yenagoa, the capital of Bayelsa State, were flooded at the time of filing this report.

Massive flooding has occurred in many coastal and non-coastal areas of the country in recent weeks as a result of excessive floods and inflow from external sources such as Cameroon.

According to the National Emergency Management Agency, devastating floods in Nigeria killed over 300 people in 2022. (NEMA).

FG blames state government for ignoring flood alert
The Nigeria Hydrological Services (NIHSA) has blamed sub-national governments, including state and local governments, for failing to heed “adequate and timely warnings” and weather advisories issued by various Federal Government agencies, including NIHSA and the Nigerian Meteorological Agency (NiMet), in order to avoid a flood disaster in 2022.

“If our predictions were heeded by relevant sub-nationals, we will not have been where we are today but I am believing that following this year’s flood disaster across the land, the consciousness of relevant actors especially sub-nationals will be awakened to do the needful once they receive all these advisories,” NIHSA Director General, Clement Nze said on Saturday.

He also stated that earlier this year, the Minister of Water Resources, Suleiman Adamu, wrote letters to state governors warning them of the impending devastating floods of 2022, but some of the governors ignored the warning.