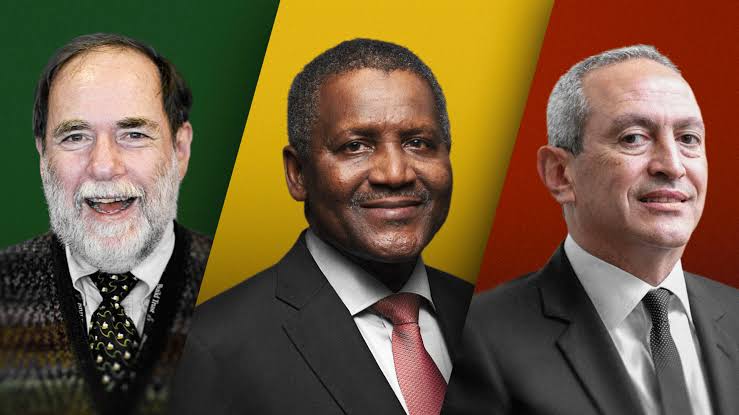 Three Egyptian brothers are among the richest people in the continent Top on the list is Nigeria’s Aliko Dangote, with a networth of KSh 1.3 trillion.

Tanzanian Mohammed Dewji was the only East African on the list.

Nigeria’s Aliko Dangote tops the list of the wealthiest Africans for the tenth year in a row thanks to a 30% increase in the share price of his Dangote Cement Company. Egyptian Nassef Sawiris, who controls a 6% stake in sportswear, Adidas, emerged second, while Nicky Oppenheimer of South Africa was ranked third.

The wealth of the richest Africans was calculated using net-worths of stock prices and exchange rates. The estimates of profits by companies owned by the top richest was also a factor.