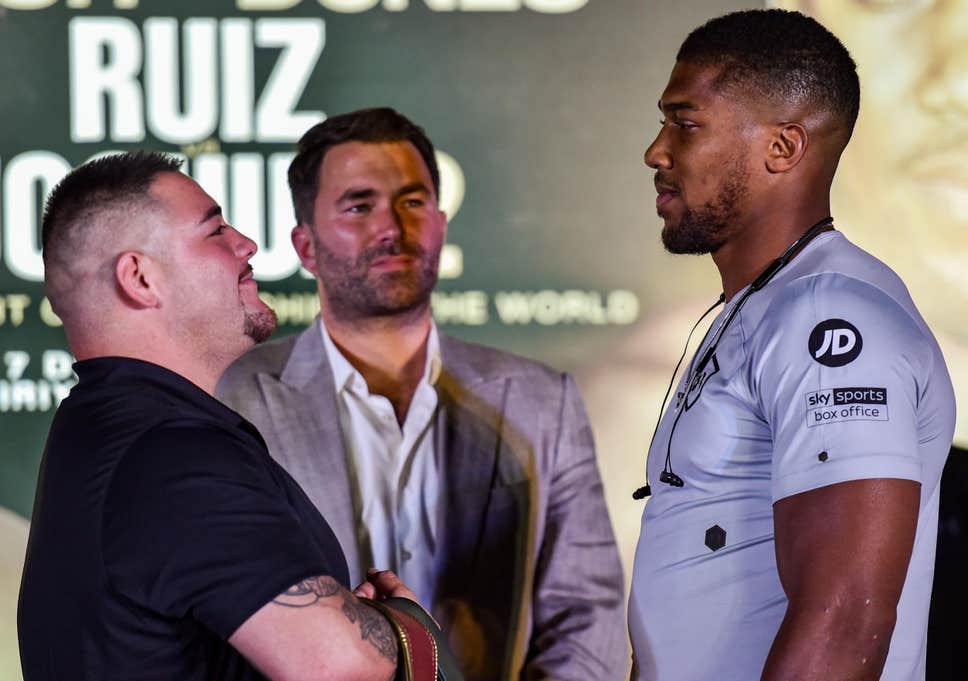 Anthony Joshua has warned Andy Ruiz Jr, that December 7 is the last day he will carry the IBF, WBA and WBO belts.

The boxers went face to face for the first time in Saudi Arabia, since Joshua was surprisingly beaten by Ruiz Jr in the country that will host their rematch.

Joshua was floored four times and beaten in seven rounds by the Mexican on his US debut in New York.

At the press conference in Saudi Arabia, the Briton said: “I was up against a good challenger. Andy is champion now.

“That will last until December 7 when he puts his titles in the air. Two warriors to go war and the best man will walk out victorious.

“Being a champion is more than the belts. It’s about a championship mindset. The belts will go up in the air and we will fight for them again.”