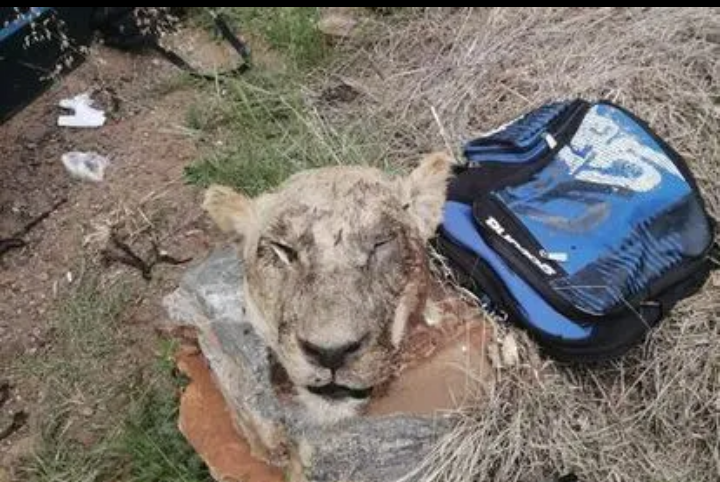 Two people who were arrested with a lion’s head in their possession in South Africa earlier this month appeared in the Zeerust Magistrates’ Court on Monday.

According to National Prosecuting Authority (NPA) spokesperson Henry Mamothame, the accused Joseph Modime (59) and Emily Mashaba(54) were granted bail of 1500 rands each (39,000 naira), and the matter was postponed to 16 February 2022 for further investigations.

He added that after verifying their addresses, the court granted them bail under strict conditions.

“They should refrain from interacting with state witnesses, they should avail themselves on their next court appearance but failure to do so will result in a warrant of arrest being issued against them,” Mamothame said.

They were both charged with the contravention of the National Environmental Management Biodiversity Act after they were caught in possession of a lion’s head.

“Their court appearance emanates from their arrest following an intelligence tip-off that resulted in a sting operation,” he said.

Mamothame said the two suspects were travelling from Johannesburg to Zeerust (North West province) seeking a traditional healer to sell the lion’s head to for an amount of R350,000 (N9,1 million).

The report further indicated that this sale was intercepted by a police agent who arranged a traditional healer, leading to the arrest of the two at a petrol station in Zeerust. A lion’s head was found in their possession, wrapped in refuse bags.

Further investigations are underway after they seized the lion’s head from the suspects.

Related Topics:#SosscopeLionSouth Africa
Up Next