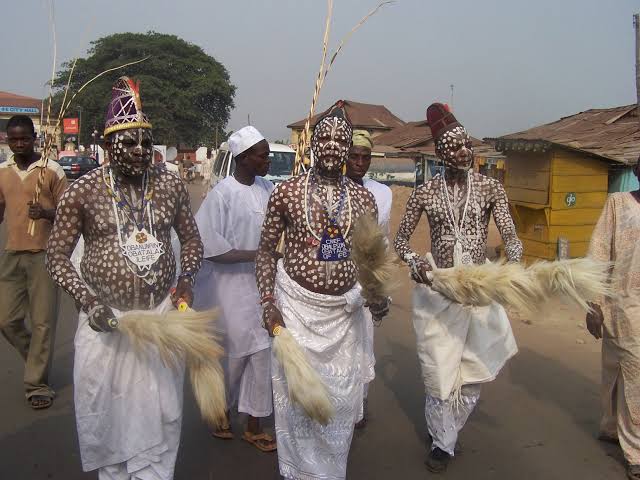 The Traditional Religion Worshippers Association have called on the Federal government to clamp down on the people that claim to have the power to enrich others to become wealthy through the use of human parts for rituals, saying that no Yoruba deity was recorded to have used human beings or parts of their bodies for wealth, IgbereTV reports.

In a statement released, the Oyo state chapter of the body, said the daily reports of killings and kidnappings for ritual purpose is traceable to the belief that wealth could be made by sacrificing human lives.

Going into history, the State Chairman of the Ibadan Branch of the Traditional Worshippers Association of Nigeria, Surveyor Adefabi Dasola and his Secretary, Mogaji Dr. Fakayode Fayemi Fatunde, said that the progenitors of Ifa oracle never claimed to have used human parts to seek prosperity.

The body added that Ifa adherents would rather call on ‘Eledumare’ to bless whoever that sought wealth through them and whenever appeasements were to be done, simple items like sugarcane, salt, banana among others were used.

“We are calling on the federal government to, as a matter of urgent cause, clamp down on Nigerians proclaiming to have the power of wealth through rituals on social media and other platforms, they should be brought to justice, we are the butt of ridicule all over the world today because those in power have failed to be proactive against this horrendous development.

The world no longer have respect for our traditions, they think we are all guilty of human rituals, no history of Africa or Yorubas gave credence to wealth through the he use of human for rituals.

We should lay much of the blame on the doorsteps of our leaders in the society, their display of wealth in the face of widespread poverty, where majority of youths are jobless and the what belongs to the people are kept in the hands of a few, they are the major cause.

‘We have to therefore put the record straight, Ifa oracle does not support the use of human parts to make wealth, prayers can be offered for an individual who is engaged in a job for him to be prosperous, no Ifa adherent will do that.

Our government went after Twitter the other time for whatever reason they claimed the platform was banned for, today, TikTok, Instagram and other social media platforms are being used by these people to escalate the rate of killings in our society as our young ones now believe it is easier to access wealth through rituals with human parts than doing a diligent work, we call on the government to quickly work alongside the owners of the social media platforms to either ban those exhibiting such horrible contents on the platforms or make it totally impossible for the upload of such.

We also call on all religious bodies to start working on mental reorientation of their congregations, no human society survives the slope we are descending, a nip in time, saves nine.” The statement read.

Related Topics:#SosscopeMoney Ritual
Up Next