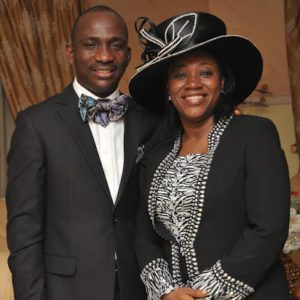 SCRIPTURE: My righteousness I hold fast, and will not let it go: my heart shall not reproach me so long as I live. Job 27:6.

Now, I will give you few examples of men of solid integrity who had great destiny:

Joseph was a man of character who ended as a man with strong destiny.

In Genesis 39:5, Potiphar kept everything he had under the care of Joseph and nothing missed.

In Genesis 39:9, Joseph vowed not to commit immorality with his master’s wife when he was tempted by her. He told Potiphar’s wife, “…how then can I do this great wickedness, and sin against God?”(Gen. 39:9b).

Genesis 39:22 reveals that in the prison, everything was still kept in the hand of Joseph, including the prisoners, yet nothing missed.

In Job 1:1, we saw that Job was a man who feared God and eschewed evil. He was perfect and upright.

In Job 27:3-6, He said, “… My lips shall not speak wickedness, nor my tongue utter deceit. God forbid that I should justify you: till I die I will not remove mine integrity from me. My righteousness I hold fast, and will not let it go: my heart shall not reproach me so long as I live.”

This was the secret behind the solid destiny of Job.

Beloved, make up your mind to maintain a solid integrity in order to fulfil your destiny.

PRAYER: Lord, I receive the grace to stand upright always. Help me Lord not to compromise with sin and sinners, in Jesus’ Name.

FOR FURTHER UNDERSTANDING, GET THIS MESSAGE: FORCES OF DESTINY (PART 2).

QUOTE: If you are going to reign in this life as a king, one of the major ways you will do that is by the power of character and integrity. Culled from “WHO ARE YOU?” by Dr Paul Enenche.

AMAZING FACT: Lions have an inter-digital scent gland between their toes, which is one reason why they like to scratch trees. Not only are they sharpening and cleaning their claws, they are also marking their territory.