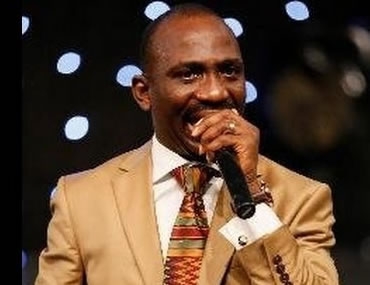 SCRIPTURE: They went from nation to nation, from the people under one king to the people under another. 14 He did not allow anyone to hold power over them. And He spoke sharp words to kings because of them. 15 He said, “Do not touch My chosen ones. And do not hurt those who speak for Me.” Psalm 105:13-15

THOUGHT OF THE DAY: When a person is anointed, his position becomes secured despite opposition

BELOVED I prophesy into your life, every candidate of the devil assigned to take your place of influence, relevance, or dominion is uprooted by the poor of the Holy Ghost, in Jesus’ Name.

It is evident throughout scriptures that God wants the topmost places on earth for His children. God is positioning his children in places of authority and influence on earth despite the contention of the devil.

When Moses dropped his rod and it turned to a serpent, the magicians of Egypt confirmed that they were available by dropping their rods which also turned to serpents.

Beloved, every position that is influential is contestable. You cannot attain the place that God has planned for you without a contest – the wealthy place, influence, relevance, dominion, authority, and rulership attract contest. Some government offices are filled with satanic candidates. They are practising occultism in the office, manipulating people everywhere and stealing money. There are witches, wizards, spiritual forces that do not want you to be what God wants you to be, but it is the anointing that secures your position against satanic opposition.

David was on the run for thirteen years even after he was anointed king because Saul wanted to destroy him, but his place as king was secured by the anointing. The devil knows that if a child of God on fire is a billionaire or a political leader, he would shake systems for God so the devil would do everything to stop him. This is why the anointing is crucial. When a person is anointed, his position becomes secured despite opposition.
Beloved, I prophesy into your life, every candidate of the devil assigned to take your place of influence, relevance or dominion is uprooted by the power of the Holy Ghost, in Jesus’ Name.

REMEMBER THIS: When a person is anointed, his position becomes secured despite opposition

FOR FURTHER UNDERSTANDING, GET THIS MESSAGE: Anointed to Reign

PRAYER: Lord, I ask that You anoint me with the Oil of authority and dominion. I exist above the oppression of the devil and his agents, and I take my place in life and destiny by the anointing, Lord in Jesus’ Name.

QUOTE: To dwell in the presence of God is to dwell in a realm that is beyond the reach of harm. Culled from 15 Kingdom Strategies for Survival by Dr Paul Enenche.

PROPHETIC DECLARATION/WORD: Every man, woman or agent of the enemy assigned to take your place is frustrated right now in Jesus’ Name.

REFLECTION: God needs a witness at the Topmost level in every field or realm of endeavour. Will you be that witness in your realm? Then press into His Presence for the oil that takes you up.

Breaking News: NEXT Cash And Carry Retail Giant Superstore In Abuja Is On Fire(Photos/Video)