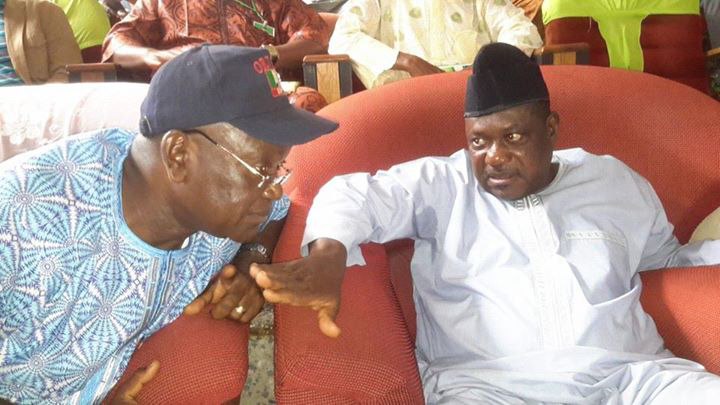 The minister of special duties and inter-governmental affairs senator George Akume has described the inccesant attack by Benue State governor on President Mohammadu Buhari as unwarranted and ill motivated.

Speaking at a press conference organized by the elders and stakeholders of the Benue State All Progressive Congress (APC), in Abuja on Monday, Senator George Akume said the irresponsible public statements by Gov Ortom has the possibility of destroying the cordial relationship the state has with the Federal government.

Senator Akume described as most disturbing the fact that president Mohammadu Buhari has never insulted or undermined the office of the governor but has delivered all his obligation to the state by ensuring regular and prompt release of allocation worth more than five hundred billion naira since 2015 along with money accruing to the state even though said funds have been misapplied, mismanaged or diverted.

The minister went on to call on Governor Samuel Ortom to tender an unreserved apology to President Buhari for using foul language and operating outside the set rules of engagement the state and federal government.