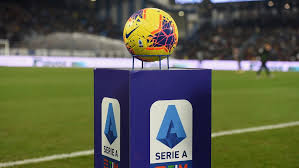 Italian League players are now set to resume activities following the announcement that Serie A will return by June 2nd.

This new development was announced by the country’s prime minister Giuseppe Conte – saying the plan to relax social distancing guidelines will commence on May 4.

He further stated that the clubs will be allowed to return to full training as from May 18 as reported by The Mirror.

It would be recalled that the Serie, as well as top leagues in Europe, were suspended over the widespread of deadly coronavirus which was declared a pandemic by WHO.

The plans to get back to action in Italy should serve as a springboard for the Premier League as the organisers hope to be back at the end of next month.

Except for the Dutch League that has been voided, all other leagues have a mandate of concluding the season as part of the directives given by UEFA. But no fans would be allowed in the stadia across the continent until this deadly virus has been successfully contained.

Conte said: “You have all shown strength, courage, sense of responsibility, and community. “Now the phase of living with the virus begins for everyone and we must be aware that during Phase Two, there is the risk we’ll see the curve climb in some areas of the country.

“It’ll be even more important to maintain social distancing, at least one meter. “Even when seeing family, we must still maintain this precaution, because the scientists tell us that at least one out of four infections come via family members. “If we do not respect social distancing, the curve will climb again, so will the number of deaths, and we will have irreversible damage to our economy. “If you love this country, then respect social distancing.” Phase two will see the lockdown eased, some travel allowed within regions and greater freedom for outdoor exercise, but still maintaining social distancing guidelines and banning travel between regions unless necessary.