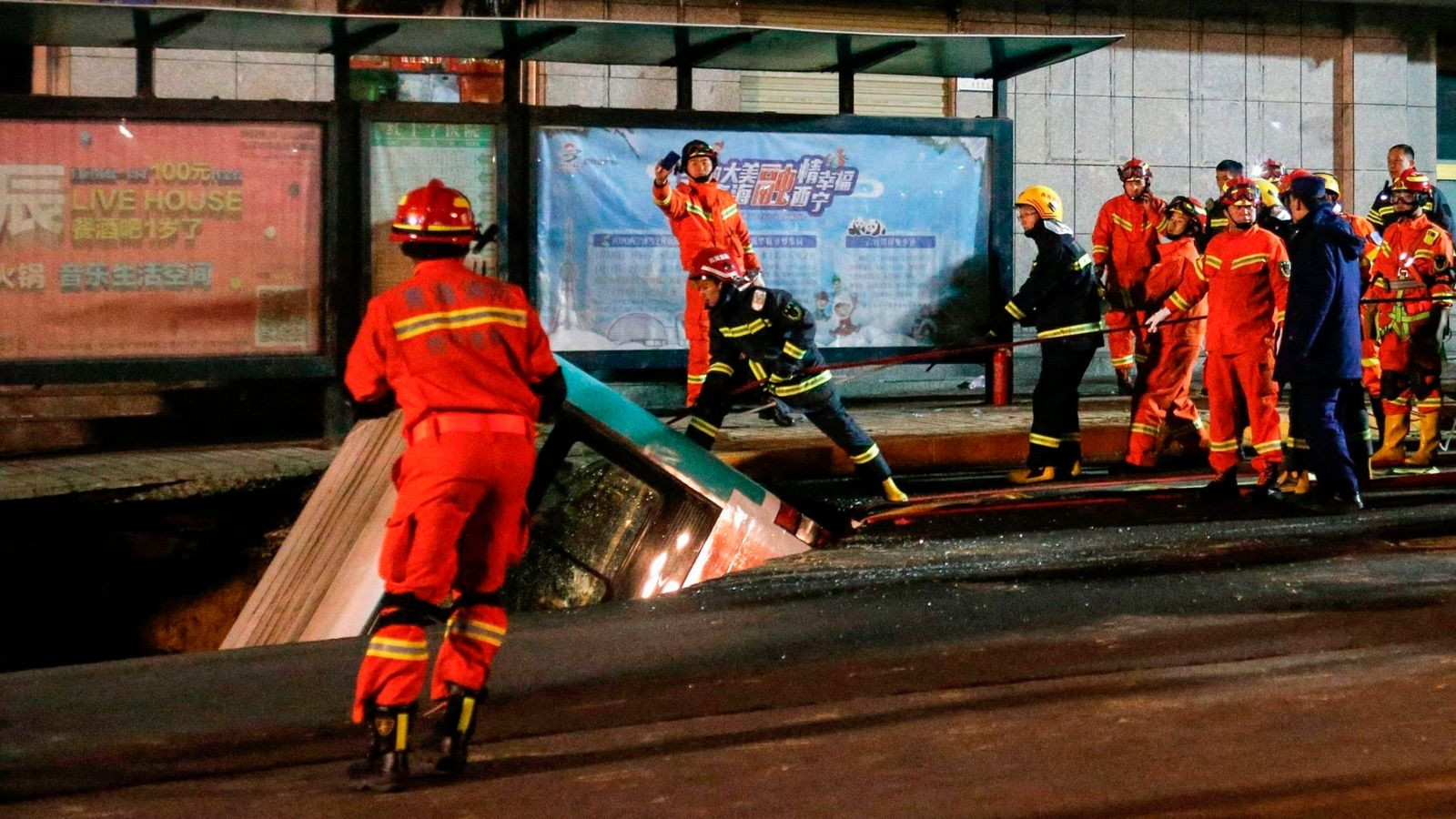 Authorities said more than 1,000 emergency workers were the at scene at about 5.30pm on Monday, and rescuers searched for four missing people, while the injured were taken to hospital for treatment.

Pictures of the road collapse outside a hospital showed the vehicle almost entirely underground near a bus stop as people ran for safety.

The cause of the incident is being investigated, the state-run broadcaster CCTV said.