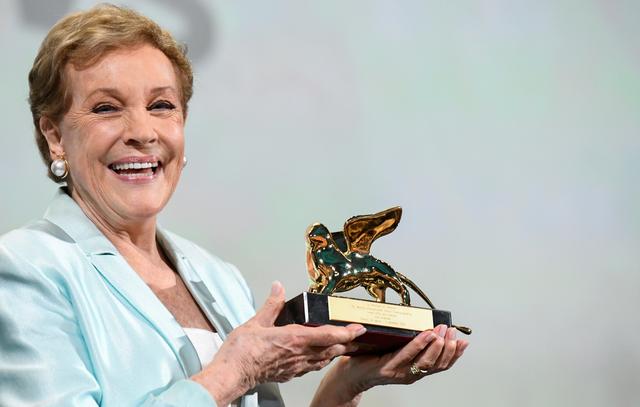 Julie Andrews, the star of much-loved movies “Mary Poppins” and “The Sound of Music”, said on Monday she was “blessed” to have had a long, illustrious cinema career as she was awarded a lifetime achievement award at the Venice Film Festival.

The 83-year-old, who won an Oscar in 1965 for playing the strict but kind-hearted nanny Mary Poppins, held up and kissed the Golden Lion for Lifetime Achievement award to an applauding audience.

Andrews began her career as a child actress on the London West End before heading to Broadway.

“Mary Poppins” turned her into an international star, and she has gone on to feature in movies such as “Victor/Victoria” and “The Princess Diaries”, and most recently lent her voice to 2018 blockbuster “Aquaman”.