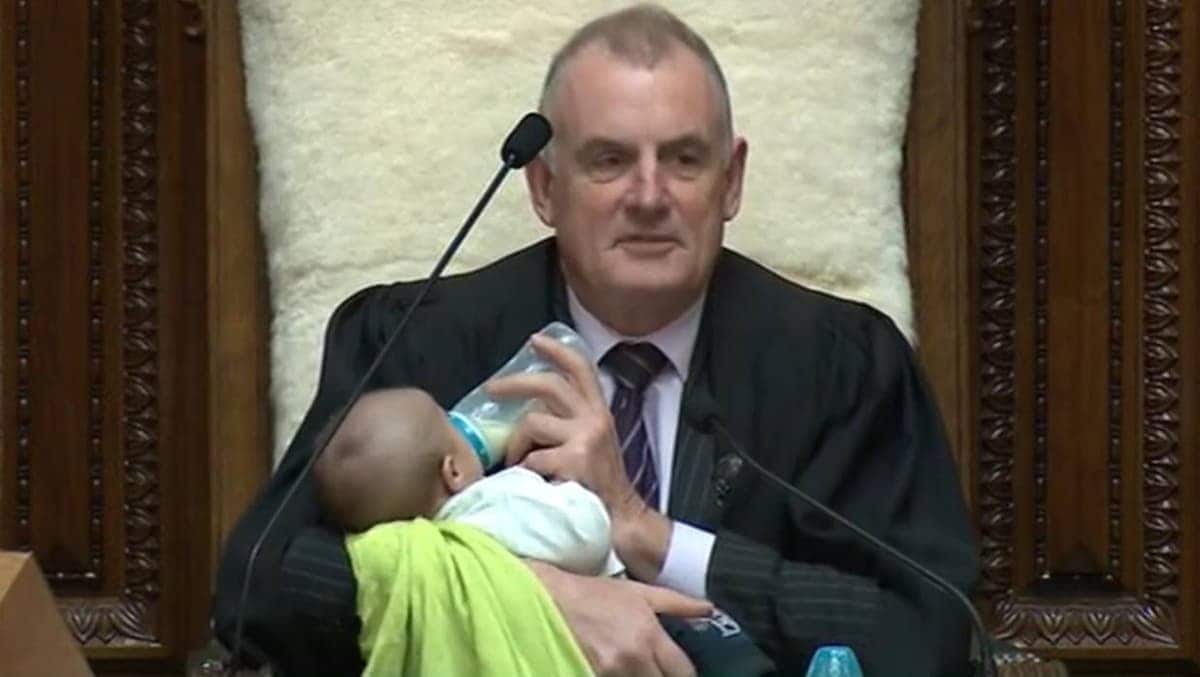 There was a moment of pride and joy in New Zealand’s Parliament after a Member of Parliament’s newborn baby was cradled and fed by the Speaker of the House of Representatives during a debate.

In a video that has gone viral on the internet, the wee lad visited the House and got to sit in the Speaker’s chair and on the knee of Speaker Trevor Mallard himself.

Congratulations Tamati Coffey and Tim on the newest member of your family,” Mallard tweeted.

Mallard cradled the baby, who was born in July via a surrogate mother to Coffey and his partner Tim Smith as he presided over a debate.

Coffey had announced the birth of his son in July noting Smith was the biological father of the baby and the surrogate mother was a friend of a friend. While it might be heartwarming to see the male lawmakers embrace a baby in New Zealand’s Parliament, it has been quite the opposite in the Kenyan the National Assembly after Kwale representative Zuleikha Hassan was sent out of the chamber for taking her baby in the chamber.

The lawmaker had walked into the House with her baby prompting acting Speaker Chris Omulele to order her out terming the action unprocedural. Bemused lawmakers watched in dismay as an equally vexed Zuleikha was walked out by the sergeant-at-arms despite her pleadings.