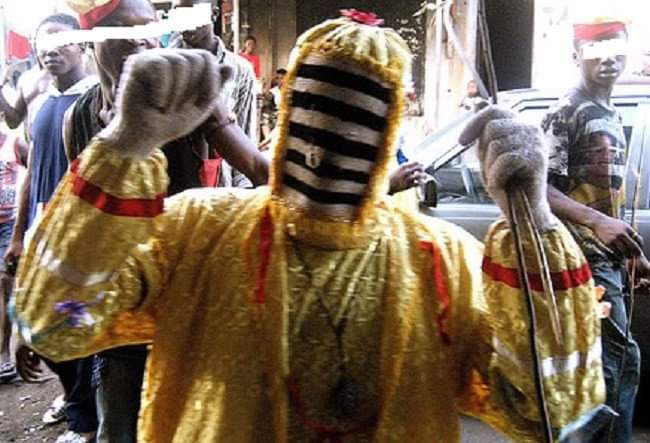 A masquerade has lost his life in Mushin area of Lagos state after it was hit by a moving truck in the area.

The truck laden with plywood crushed the masquerade around the market axis with masquerade dying on the spot while two others allegedly passed out.

In no time, angry traditionalists gathered and attempted to lynch the driver, setting the truck ablaze,

It was gathered that the driver allegedly fled to the nearby Area D Command while the mob stormed the police station to demand his be handed over to them.

As the crowd became riotous, the police released teargas, causing protesters and other road users to scamper to safety.

People were seen running with their hands covering their nostrils and mouths.