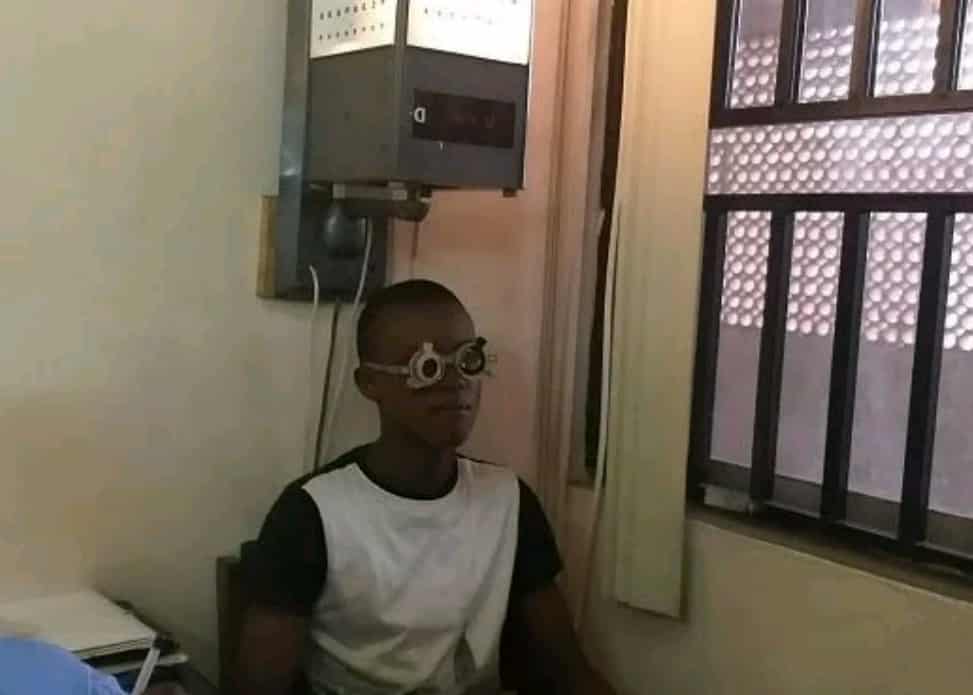 A SS2 student of Camp David Group of Schools in Ogba, Lagos State, Daniel Agboola,  has claimed his teacher Oludare Olaleye damaged his right eye while flogging him.

The incident happened during an exam period in the school, and reports gathered that after the flogging, he developed cataract and glaucoma.

He had a cataract operation at the Lagos State University Teaching Hospital (LASUTH), paid for by the school, but he is now battling with glaucoma and still going for check-ups.

The teacher, Olaleye was however dragged to an Ikeja Magistrates’ Court for inflicting an injury on his pupil.

A physician that attended to Agboola at LASUTH explained that he had both cataracts and glaucoma.