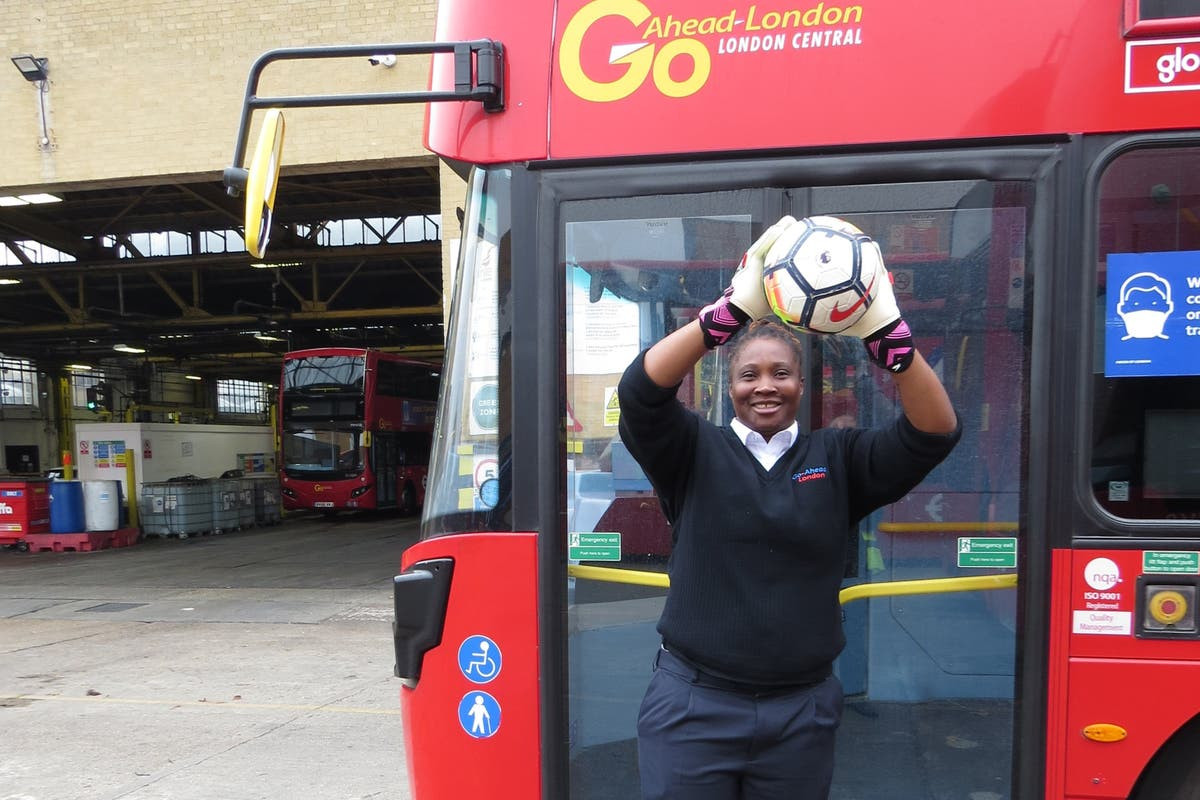 The former goalkeeper of the Nigerian national football team, Rachael Aladi Ayegba is now a double-decker bus driver in London.

Ayegba, According to Standard UK newspaper, is helping the UK with its crisis of driver shortage during the pandemic and has signed up to be a driver of the buses.

Ayegba played in the 2007 Women’s World Cup, the 2006 and 2008 African Women’s Championships and had an 11-year stint as a professional footballer in Finland, winning the league title in 2013 with PK-35 Vantaa.

Now she drives the number 185 between Lewisham and Victoria according to the report by the UK paper. She is in the middle of a year’s training.

The 35-year-old who moved to England in 2018, says she had visited London for years on holiday and always admired the double decker buses.

She works for Go-Ahead, the bus and train giant that operates about a fifth of the capital’s buses on behalf of TfL.

The ex international reckons driving a bus and playing in goal have a lot in common, which is about safety first and about not making a mistake.

“When you are trying to save the ball, you need safe hands. But there are ten others on your side,” she was quoted on Standard UK.

“When you drive a bus, you are on your own, “Mentally you have to be 100% ready, if you are a goalkeeper the defenders can help you. You can’t make any mistakes driving a bus.” she added

On the issue of bus drivers not getting enough respect, she said; “They don’t. I think we just see a bus driver as a nobody. I see them more like a pilot, if anything goes wrong, it’s on them. Now I’ve done the training, the people I respect most, after my family, are the drivers.”

The bus drivers pay starts at £26,000 and rises to more than £31,000 a year, a distant cry from what she earned while playing for Nigeria’s Super Falcons in the World Cup.

Ayegba, whose favourite player is Cristiano Ronaldo, doesn’t play football anymore, though she has coaching licenses. “I am old. You have to know when to stop,” she says.