Suppliers Of sex Workers To Terrorists Arrested In Kaduna 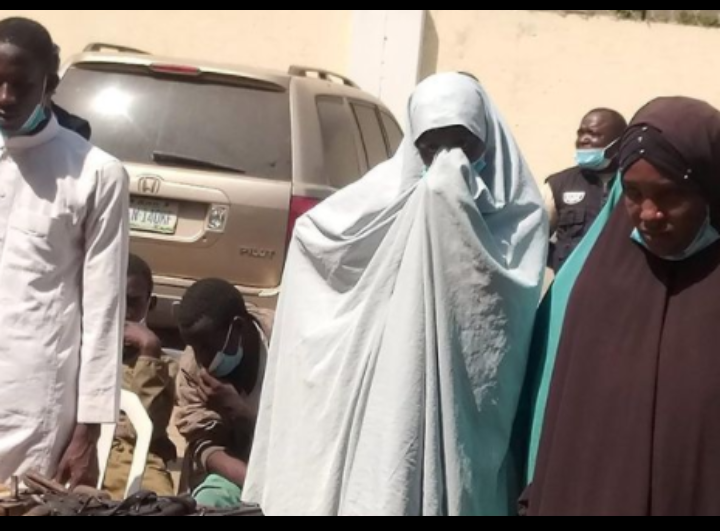 Four women and a man have been arrested by men of the Kaduna state police command for allegedly supplying sex workers to the terrorists.

Spokesperson of the Nigeria Police Force, Frank Mba, who paraded the suspects before the newsmen, gave the names of the women as Maryam Abubakar, Lawisa Hassan, Jummai Ibrahim and Hajara Abubakar. The name of the male suspect is M. Mohammed.

Mba added that the suspects were also accused of gathering intelligence for one Isah Ibrahim, a terror kingpin in the state.

He said they would be charged to court as soon as investigation is concluded.