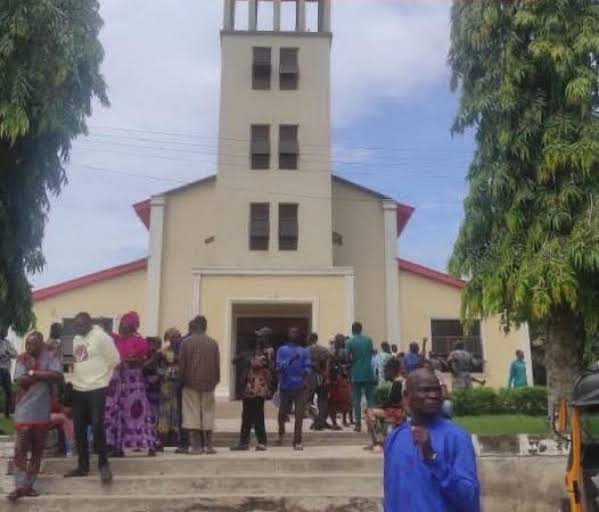 Suspected attackers of the St. Francis Catholic Church in Owo, Ondo State, have been reportedly arrested.

A trending video shows a crowd protesting within the palace of the Olowo of Owo, Oba Ajibade Ogunoye.

One of them could be heard saying: “They want to take them (suspects) to Akure. The youths are angry.”

Gunmen, last Sunday, invaded the church and murdered several worshippers, including women and children in Ondo.

The death toll has hit 40, with others injured still at the hospital receiving treatment.

The Police had confirmed that some of the assailants disguised as congregants and fired shots from AK-47 rifles.

Some Gunmen who attacked Catholic Church in Owo, Ondo State have been caught.