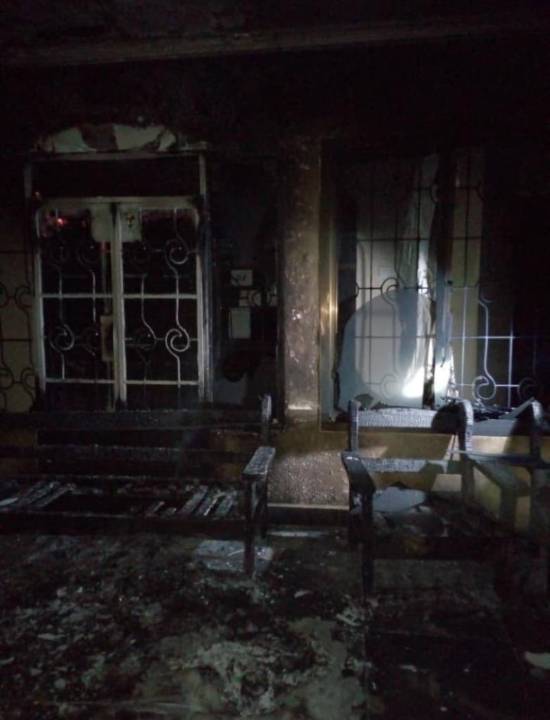 Tanzania’s opposition Chadema party office in the north-eastern town of Arusha has been “firebombed”, according to its leader Tundu Lissu.

Mr Lissu said the office was destroyed on the eve of his visit to the town on Friday in what he has termed as “terror and intimidation”.

He tweeted photos of the destroyed party office:
Our Northern Zone party HQ in Arusha has been firebombed and destroyed on the eve of my arrival in Arusha. Today’s timetable remains unchanged. No amount of terror and intimidation will stop this Tsunami for change in Tanzania. Arusha here we come
✌🏾#SasaBasi#TunduLissu2020​pic.twitter.com/uGYbJJ0ikd
— Tundu Antiphas Lissu (@TunduALissu) August 14, 2020

Mr Lissu returned to Tanzania last month after surviving an assassination attempt in 2017 that saw him seek treatment in Kenya and Belgium.

Mr Lissu has been nominated by his party to run for the presidency in October’s general elections, but has said he lacks confidence in the electoral commission.