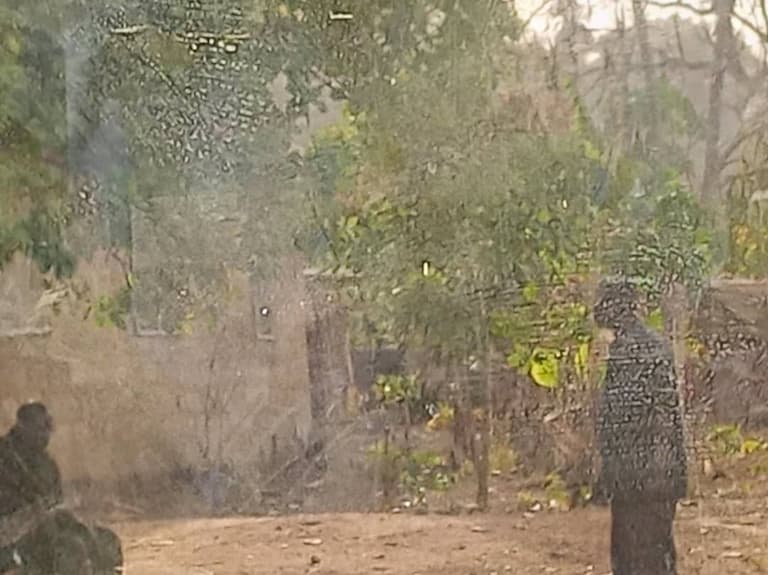 Troops of Nigerian Army Guards Brigade, who uncovered the camps also arrested at least eight of the terrorists during a raid carried out on their hideouts while large catches of ammunition were also uncovered.

Danmadami listed five AK-47 rifles, three pump action guns, machetes and knives as well as large quantities of items suspected to be cannabis sativa, as parts of cache of arms and ammunition recovered.

Daily Trust had reported how two officers and six soldiers were killed in an ambush by the terrorists in Bwari a few weeks ago – the development that caused fear among residents of the nation’s capital.

Though there have been speculations about the existence of Boko Haram and Islamic State of West African Province (ISWAP) sleeper cells in the FCT, the military has, however, confirmed the speculation.

Confirming that, the DDMO said, ”On 13 August 2022 troops of Guards Brigade raided some suspected terrorist hideout at Deidei Abattoir in Abuja Municipal Area Council and Dupka village in Gwagwalada Area Council of the Federal Capital Territory.

”During the raid operation 8 suspected terrorist were arrested, 5 AK47 rifles and 3 pump action gun were recovered, while large quantities of items suspected to be cannabis sativa, 3 machetes, knives among other items were also recovered.”

Speaking on the theatres of operation in the Northeast, North West and North Central, the Director said the military has continued the massive deployment of air power against the terrorists and bandits.

“Troops also arrested 8 suspected terrorists, 4 logistic suppliers, rescued 4 civilians and the sum of N1,005,360.00 cash. Also as troops of Operation HADIN KAI continue to consolidates on their success against the terrorists more of them surrendered to own troops within the period under review, a total of 1,652 BHT members and their families have surrendered to own troops at different location. The number comprises of 320 adult males, 442 women and 890 children”.

On the efforts to check crude oil theft, Danmadami, disclosed that a total of
N3,708,259,338.00 was denied the oil thieves by the military.

In his words: “Troops of Operation DELTA SAFE have continued the war against oil theft and illegal bunkering and other criminal activities in the Niger Delta to sustain a conducive environment for economic activities to thrive in the South South region of the Country.

“Troops also arrested 21 pipelines vandals. All recovered items and apprehended oil thieves were handed over to the appropriate authorities for further action.

Related Topics:#SosscopeAbujakidnapperNigeria Army
Up Next