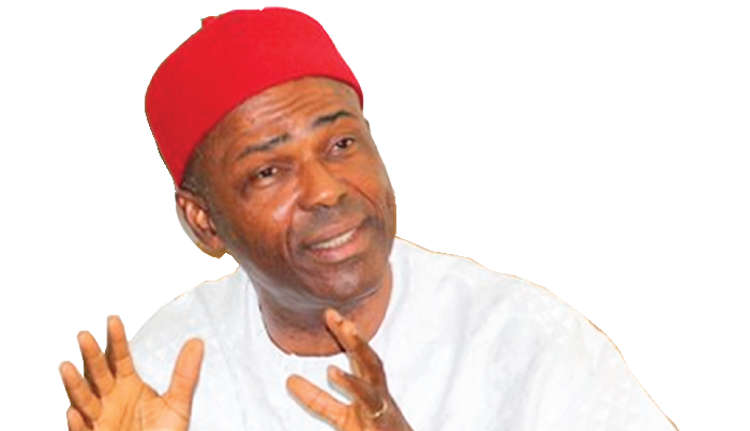 The minister of Science and Technology Dr. Ogbonnaya Onu has commended the Nigerian Military for its gallantry, patriotism, dedication and supreme sacrifice in securing the nation.

Dr. Onu made the commendation, when the delegates of the Nigerian Legion led by its Secretary-General, Air vice Marshal Adekunle Adebola (rtd) paid him a working visit in his office   in Abuja.

Speaking Dr Onu said, ‘’the present administration and the Federal Ministry of Science and Technology are determined to work with the Military to make sure that insurgency is defeated’’.

Dr. Onu, went down the memory line to highlight the contributions of Nigerian soldiers in the first and second world wars. In his words ‘’when the world celebrates the end of the wars, Nigerians should also be recognised as having made a lot of contributions to the maintenance of the world peace’’.

The minister, praising the gallantry of Nigerian servicemen on the African continent, especially in Liberia and Sierra-Leone, and the ongoing counter insurgency operations in the North-East also said Nigerian service men have distinguished themselves while on international missions, especially peace-keeping missions in war-torn areas and in the on-going campaign against insurgency in the North-Eastern part of the country.

Dr. Onu further advocated the use of new and more advanced technologies to help the Armed Forces defeat insurgency.

Earlier, the Air vice Marshal Adekunle Adebola said that the Nigerian Legion is a body empowered by Federal Government to oversee the management of all welfare issues, of veterans who have disengaged honourably from the Nigerian Army, Navy and Air force.

He stressed the need to support the Nigerian Legion so that the memories of the falling heroes are kept alive and provisions made for their families, dependants as well as well as look after the well-being of the injured, the physically challenged, the aged and the traumatised among them.

2019 Abuja Carnival events to hold across area councils in FCT