The Obamas, Angelina Jolie Emerge Most Admired People in The World 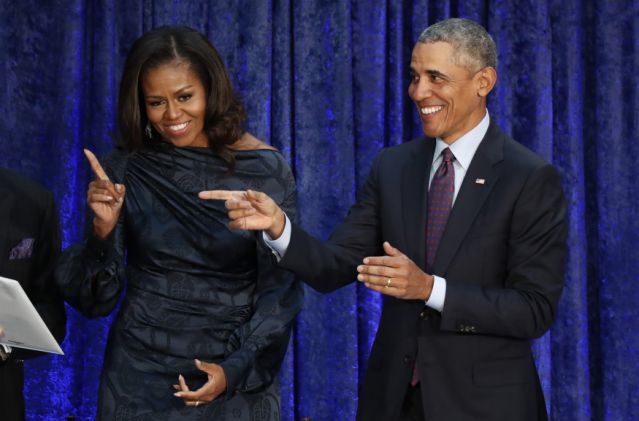 Former U.S. President Barack and his wife, Michelle, are the most admired people in the world, a survey by an opinion research institute, YouGov, revealed on Friday.

According to YouGov, this is the first time the former president has reached the top of the men’s rankings since the World’s Most Admired Survey was launched in 2014.

Billionaire Microsoft Founder, Bill Gates, is now ranked the second most admired man, after sitting in first place in 2019.

According to the survey, Chinese Leader and party Leader Xi Jinping follows as the third most admired man.

The most admired woman in the world remains Michelle Obama, with actress Angelina Jolie now in second place and  British Queen Elizabeth II in third place.

YouGov interviewed 45,000 people in 42 countries in a two-stage process.

First, the respondents were openly asked which men and women were most admired.

“From these names, two lists of the 20 most frequently named men and women were then drawn up, and the lists for the individual countries were supplemented with regionally famous personalities.

“Finally, from May  2020 to September 2020, people were asked who they greatly admired (with multiple selections possible) and who was the most admired (with only one single selection allowed).

“From this, percentages were calculated on which the rankings were based,’’YouGov explained.