Toddler Strangled By Babysitter Over Cult Demand For Victim’s Blood 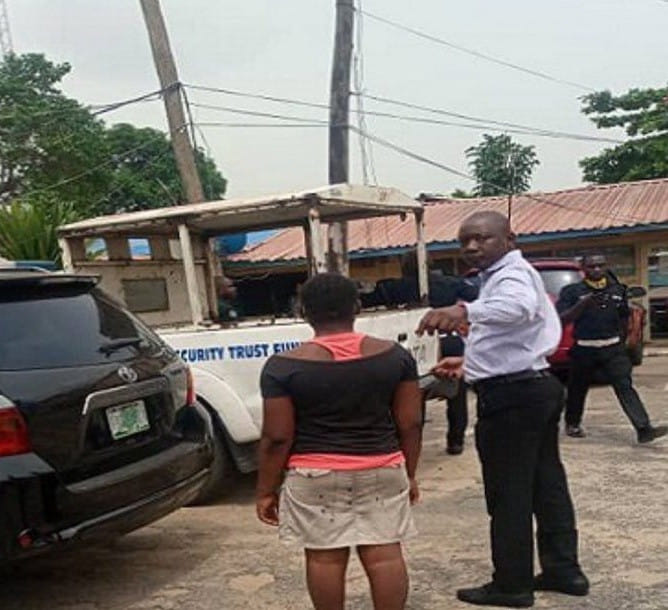 Chiamaka Odo, a 14-year-old babysitter, has confessed to strangling her mistress’ son, Jayden Osokolo, to death.

Ajisebutu stated this on Monday while parading Odo alongside other suspects arrested for crimes committed in different parts of Lagos state.

The Lagos Police PPRO said, “On February 6, 2022, a 14-year-old female nanny strangled her mistress’ son, Jayden Osokolo, kept in her custody to death. The suspect, Chiamaka Odo, confessed to being a member of the Ogoloma cult in Enugu, Enugu State.

“During interrogation, she disclosed that members of the cult requested her to bring the blood of the deceased to the spiritual world, hence she carried out the dastardly act.”

Odo, however, narrated how she was initiated into the cult group.

She said one of her primary school friends initiated her into the ‘spiritual’ cult with biscuits.

Odo said, “After I ate the biscuits at night, I found myself at a place and they welcomed me. When I was coming to Lagos, they said I should bring blood, but I told them that I did not want to shed any blood.

“They asked me what I would be doing in Lagos and I said I would be working as a nanny. So, they said I should make someone sad. On Saturday night, they asked for the baby; they said if I did not bring the baby, they would strangle me.

“They gave me a bowl and told me to call the baby’s name four times, which I did and blood filled the bowl. That was what happened and it happened spiritually in my dream when I was sleeping. In the dream, I do find myself in Ogoloma, which is the name of the group.”