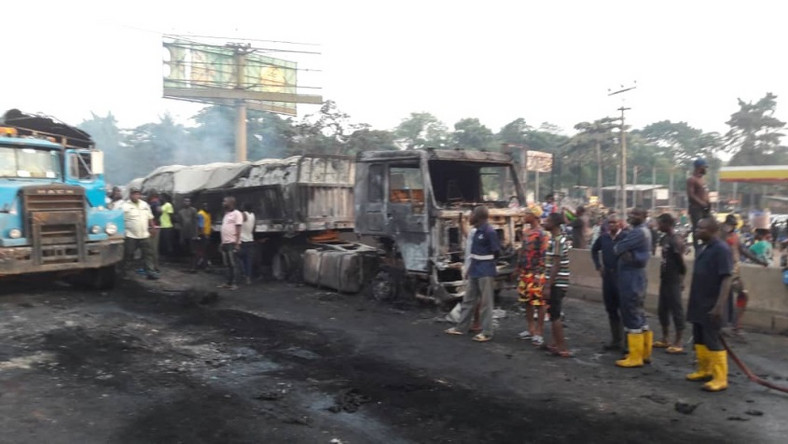 Two persons have been confirmed dead and six others injured in a fire accident involving a petroleum tanker at Bible College bus-stop along the Lagos-Abeokuta Expressway.

Federal Road Safety Corps’ Assistant Corps Commander in Ota, Ganiyu Akeem, disclosed that 17 vehicles were also burnt in the accident that happened around 11:55pm on Thursday.

He said the incident happened when the tanker fell and spilled its content into a drainage by the roadside.

He said the tanker ignited the fire that burnt many vehicles.

An official of the Ogun State Traffic Compliance and Enforcement Corps, Adekunle Ajibade, revealed that the fuel-laden truck was heading to Lagos from Sango-Ota when it developed a gear fault and overturned in the process.

He said, “The driver was trying to change the gear of the vehicle and lost control. “The truck overturned and caught fire immediately.”

The FRSC commander said that seven fire-fighting trucks, three from Ogun and four from Lagos, were promptly mobilised to the scene.

Related Topics:LagosPetroleum tanker
Up Next

Man used his wife as bet while gambling