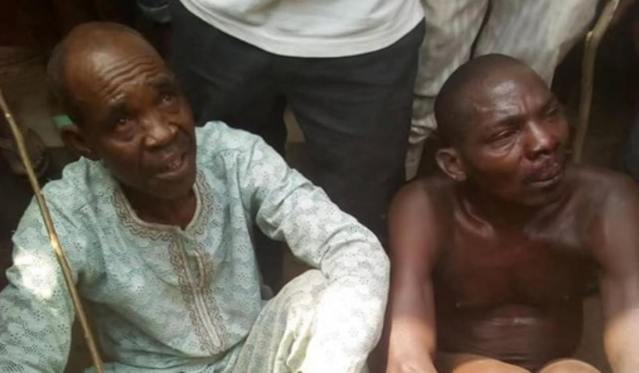 Two suspected kidnappers were arrested after they allegedly attempted to snatch a 2-year-old baby from her mother’s back in Ondo state.

On Tuesday, two suspected kidnappers were arrested in Erusu-Akoko, Akoko North-West Local Government Area of Ondo State after they allegedly attempted to snatch a 2-year-old baby from her mother’s back.

According to the mother of the baby, she was trailed by the suspected kidnappers from Aga area of the town but she struggled with the hoodlums when they allegedly attempted to pull her child from her back and then raised the alarm.

An eyewitness said the loud shouts of the baby’s mother attracted sympathisers who rushed to the scene of the incident to rescue the victims, and eventually prevented the kidnappers from evading arrest.

The attackers were stripped naked and the angry mob attempted to set them ablaze, but for the prompt intervention of the traditional ruler of the town, Oba Sunday Mogaji, a lawyer.

The two suspects were handed over to the Police from the Oke Age Division. After interrogation it was discovered that the two suspects are from Oyin Akoko but lived in Oke Agbe.

Related Topics:Ondo State
Up Next