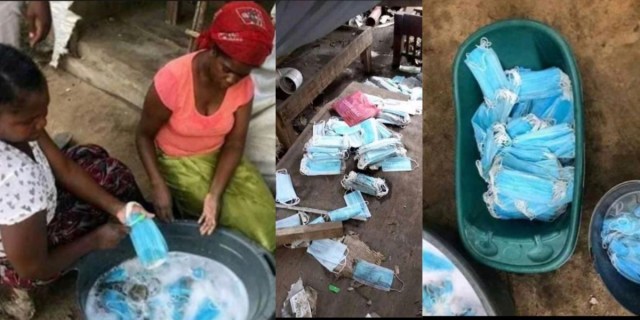 Two Mozambican women alleged to be employed by a Chinese national, were recently caught washing used facemasks with the intention of reselling it to residents of Sofala province in Mozambique.

According to a Journalist, Alexxandre who reported the incident via his Twitter handle, the face masks were immediately confiscated and destroyed.

He wrote ”Dismantled in Dondo, province of Sofala, a group led by a Chinese citizen who was preparing about 25,000 damaged surgical masks for later sale at 25 meticais each.

”A real attack on public health.”

Mozambique currently has 39 confirmed cases of Coronavirus with 4 discharged patients and no death.