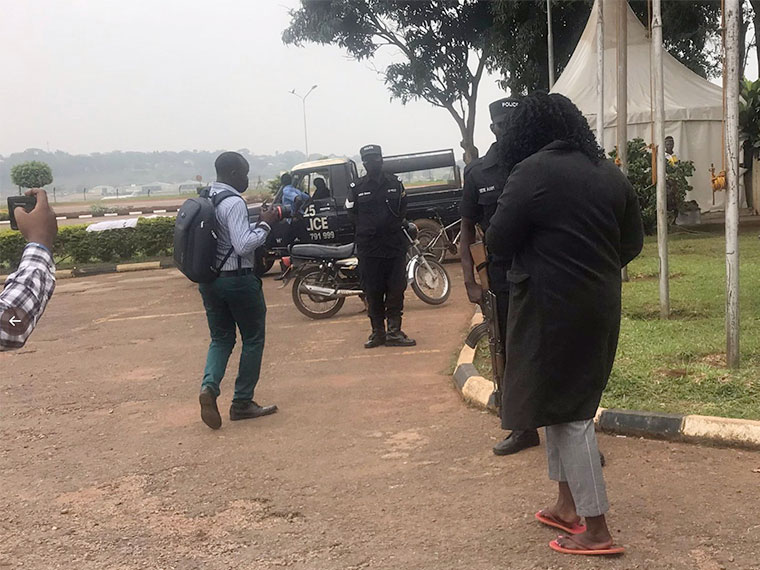 The anti-narcotic police unit at Entebbe international airport, Uganda has arrested a 29-year-old woman on charges of trafficking drugs from to India.

According to Charles Twiine, the criminal investigations directorate (CID) spokesperson, Carol Birungi was found with 90 pellets of heroin drugs, which were reportedly concealed in her private parts over the weekend. The drugs were allegedly destined for New Delhi, India.

Her arrest followed an intelligence report that Birungi together with others still at large, had in January smuggled heroin drug pellets from Ethiopia to Uganda using one of the porous borders in eastern Uganda.

According to police, drug traffickers who come into Uganda go as far as marrying Ugandan girls, whom they train into the illicit trade business.

“We have had cases where Ugandan girls have been fooled by Nigerian men, who come here pretending to love them to the extent of even marrying them, and start training them to be part of the illicit trade,” said Twiine. “Consequently she starts delivering cargoes to India, Sri Lanka or Europe, but when they don’t succeed and get apprehended, you will never see the Nigerian husband again,” said Twiine.

Twiine explains that although various measures have been put in place to combat the illicit trafficking of drugs, traffickers are still maneuvering and smuggling drugs without being detected at the airports including Entebbe airport using different methods.

Police are cautioning Ugandans to desist from participating in drug trafficking.

“We have partnered with the world to ensure that together we bring our synergies and fight this vice, so it cannot be the same government to go and plead for you once you’re caught in the same illicit trade. We have 10 girls incarcerated in Sri Lanka and India, 4 of these are serving life sentences, and no one can dare to plead for their release,” Twine stated.

Drug trafficking remains one of the global problems, and Uganda is often used by the traffickers and their agents as a transit country, considering the fact that Ugandan laws compared to other jurisdictions against drug trafficking are not that stringent.

Drugs Disguised With Pictures Of Russians Putin Intercepted In Libya