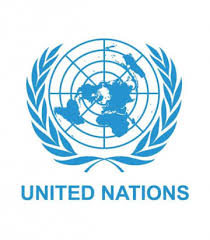 The United Nations (UN) has raised the alarm about the booming black market for human body organs in the Middle East, warning Africans to beware of traffickers who disguise as job providers.

The alert that the UN posted on its website and was seen by SaharaReporters, urged Africans to be wary of human body organ harvesters who pose as employment providers in the Middle East.

It however did not mention the name of any country in the gulf region.

The UN noted that the black marketers pay $262,000 for a kidney, an equivalence of about N157 million.

The document entitled, United Nations Alert, states, “the black market for parts of the human body is booming in the Middle East.

“Beware of fake foreign agencies promising to make you work abroad. They process your papers, pay your plane ticket and just take you abroad pretending they want to find you a job, but instead, they kill their victims, recover all the precious parts of their bodies.

“Many people have been offered jobs in the Middle East and so far their families have been unable to locate them,” the UN alert read.