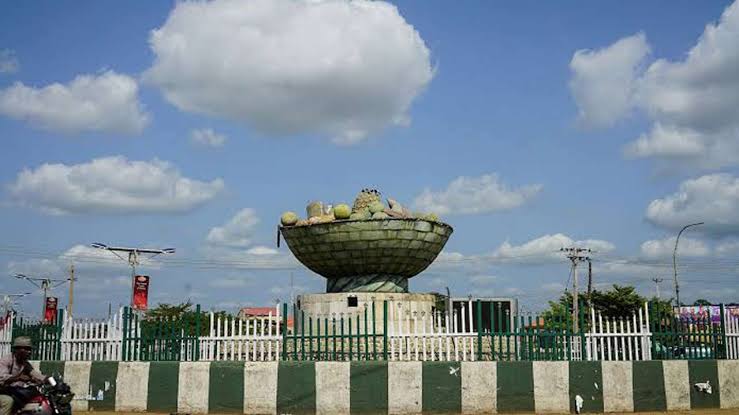 A young man was on Monday August 22 detained by Benue police command for pulling down billboards belonging to the People’s Democratic Party in the state.

Describing the incident Iortyom said; “When we heard about it, we tried to get first information about what had happened, and we advised the Task Force to call in the police.

“One was recently destroyed at Oshigbudu in Agatu, Wadata, New GRA, and so on. We have met with the Police Commissioner.

“When we got to where the task force was holding him (the suspect), we asked that he be brought to the police. He is now in the custody of the police, and we are here as an interested party.”

Police Public Relations Officer, Catherine Anene, confirmed the arrest and also disclosed that the suspect may be charged to court soon.