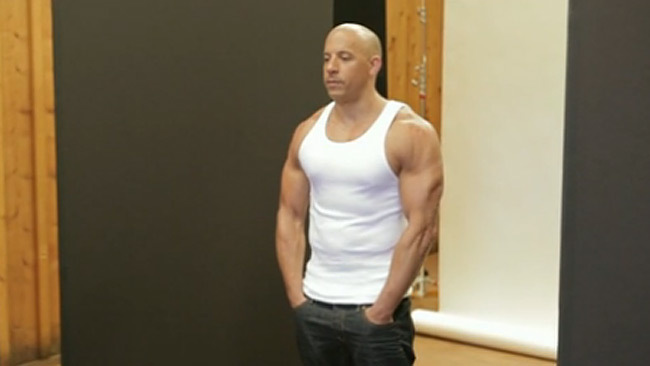 The American actor is currently filming the ninth installment of the street racing franchise, which has grossed more than £4 billion since it began.

Filming is taking place in Edinburgh, and Vin’s particular scene today took place on the busy Royal Mile streets in the Old Town.

In the video, police cars shoot past, while a black car flies into the shot and screeches to a halt.

The camera then zooms in on Vin, who starts chatting about the film.

The camera then pans to the huge cheering crowd who had come to watch the film being shot.

It then turns back to Vin, who raises nine fingers and says “‘Fast 9’. Blessed”.

Locals have been posting photographs of what they suspect are expensive super cars used in the film, hidden under tarpaulin.

Others have witnessed stunt actors filming feats including jumping out of a third-floor window and off a bridge.

Fast & Furious 9 is due to be theatrically released in 2020.

The films have been marred by tragedy several times.