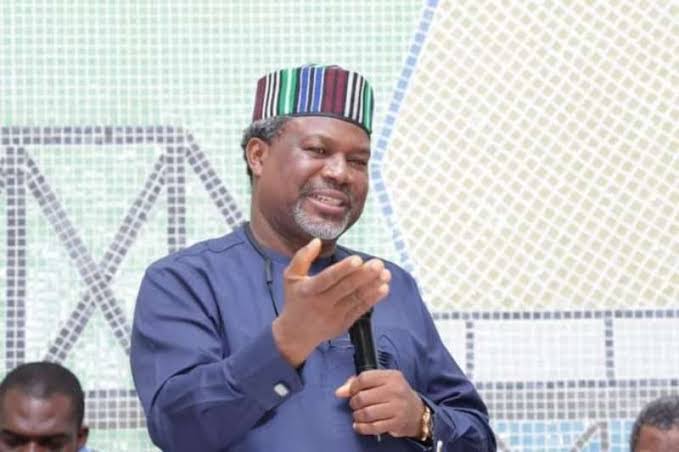 The people’s democratic party PDP consensus candidate for Benue State and the speaker for the states house of assembly on Saturday visited the delegates in Apa in continuation of his tour across the state.

Hon Titus Uba during the occasion was happy about the reception from the people of the local government, calling on to see him as a symbol of unity in in the state, he went on to call on them to work together harmously for the overall victory of the party in the state and Nigeria.

The leader of the delegation leading the PDP governorship aspirant around the state Dr Laha Dzever in his remark said Hon Uba is the consensus candidate of all the aspirants from he Tiv area and called on the good people of Apa to support him to ensure victory.

In a separate remark the member representing Apa in the state house of assembly Honorable Abu Umoru assured that the people of the local government would work for the actualization of victory of honorable Titus Uba since he is the man for them.

Other who spoke are honorable Alade Magaji and Honorable Mary Idede all assured that the delegates would queue behind the speaker to ensure his emergence as the standard bearer for the PDP.

The high point of the occasion was the handing over of honorable T.T Uba to the party and people of Apa local government before a mammoth crowd.

See some photos from the visit: