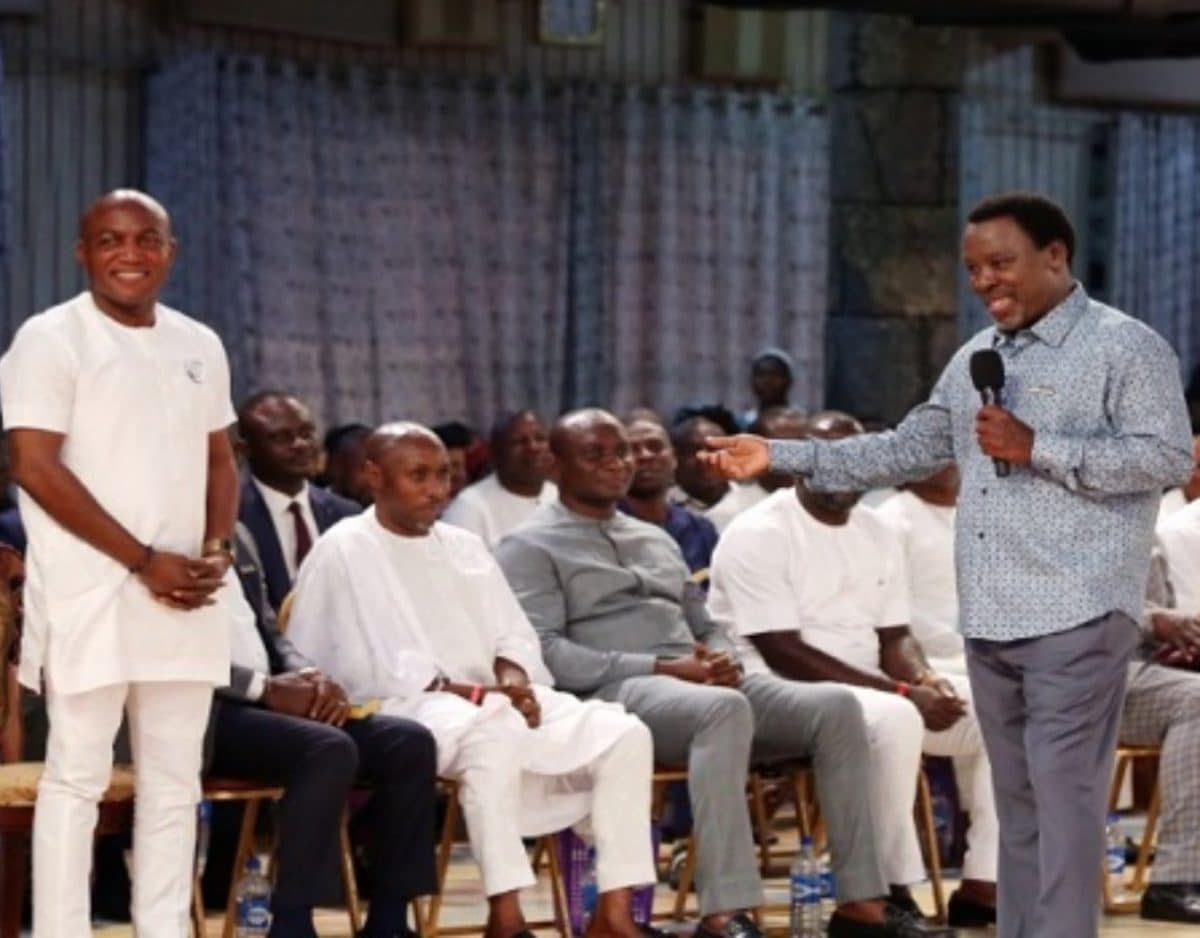 A video of TB Joshua prophesying a ‘revolution’ instigated by Nigerian youths has resurfaced on social media as the protests over police brutality engulfing Nigeria steadily gathers momentum.

The video, which was originally aired seven years ago on July 14th 2013, shows Joshua sharing a revelation to the congregation of The Synagogue, Church of All Nations (SCOAN), which he titled ‘Carry Your Youths Along’.

“I am seeing a revolution,” the cleric bluntly began, adding that “every revolution starts by protests”.

“I’m seeing people taking to the streets,” he continued, adding that the authorities would attempt unsuccessfully to quash the protests with police.

“You can stop protests but you cannot stop revolution. When it becomes a revolution, everybody is ready to die, so you can’t stop it,” he stated.

“It might be stopped at the beginning. Eventually, it will become so big that it cannot be stopped. This I see happen. Nigeria, pray,” he stated in the clip.

The cleric, however, proffered a solution, calling on the Nigerian government to actively engage its young people, recognising they are the “leaders of tomorrow”.

“God has given us the way out. The way out – job creation for the youth and the creation of a new social value system,” he said.

“No matter the education the youth have, they feel they have no place in politics and there is no job to keep them busy,” he continued, calling for a “new orientation” especially in the political sphere.

The prominent cleric further reiterated his ‘shocking’ vision. “Revolution is a weapon of change that is coming. This is the vision I saw – revolution is coming when people will take to the streets because life has no value anymore to the people,” he said, adding that the “coming ominous signs are disastrous”.

Joshua appealed to those in leadership to “carry your youth along” in “politics and administration, especially in ruling your country”, adding that Nigeria’s young people “want to see themselves represented in every area of life.”

“When we carry the youth along, whenever there is a revolt, they will be available to readily speak to their colleagues,” he also noted.

The cleric insisted the revelation was “the voice of God” and “none of this will go without being fulfilled”.

“As sure as God lives, I, TB Joshua, will tell you only what God says. If I am hated, persecuted or intimidated because of my accurate prophetic messages, blessed be to God who gives the prophecy. The day will declare who is in the right and who is in the wrong, says the Lord,” Joshua concluded.

Since the outbreak of #EndSARS protests, Joshua is yet to make a public comment and his official social media handles have not referenced the unrest.

The protests, which have drawn huge crowds throughout Nigeria’s major cities, have morphed from insistence on the abolition of the notorious SARS police unit to impassioned calls for good governance and accountability among Nigeria’s politicians.

Related Topics:#EndSARSRevolutionSCOANTB Joshua
Up Next