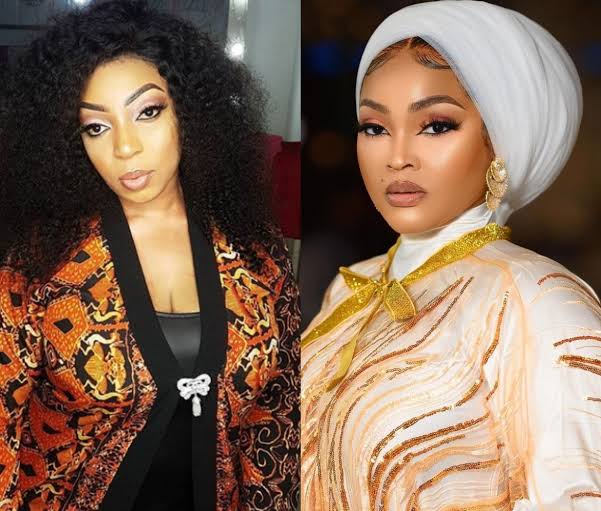 Nollywood actress, Mercy Aigbe, engaged a Lagos businesswoman, Omolara Olukotun a.k.a Larrit, in a public fight. In a video making rounds on social media, Mercy Aigbe and her colleague, Iyabo attended a party with Omolara who is known for her brand, Larrit Shoe Village (LSV). The cause of the fight remains unknown, however, from the clip, Omolara Olukotun who was beside Iyabo Ojo at the time reportedly threw a bottle at Mercy while cursing her out.

The tussle escalated and was taken outside of the event as seen in the clip where many attendees and bypasses struggle to keep both women in check.

Watch the video below