What I know About The Death Of Osinachi – Paul Enenche (Video) 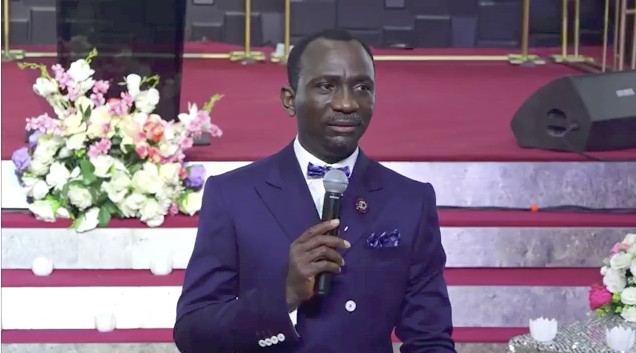 The senior pastor of Dunamis International Gospel Centre, Dr Pastor Paul Enenche has revealed what he knows about the death of gospel singer, Osinachi Nwachukwu.

This is coming after calls in the past few days for Pastor Enenche to speak on the situation which led to the death of the singer.

He finally revealed what he knew about the singer before her death in a video shared on social media on Wednesday.

The cleric in the video said Osinachi and her husband, Peter Nwachukwu, approached him two and a half months ago to complain of a chest infection.

He noted that he referred them for medical checks before she eventually died.

According to Pastor Enenche, the allegation of domestic abuse levelled against the husband came to the church’s knowledge after Osinachi’s death.

Enenche added that the music director of the church also confirmed that he witnessed when late Osinachi’s husband slapped her in his studio.

Others who also confirmed incidences of abuse include the twin sister, her first son and some other choir members but all said Osinachi would always beg them on her knees not to say anything about it while assuring that the man would change.

He said, “The church is not your place for the transfer of aggression.

“We are willing to help you if you have so much bitterness and so much distraction in your life and you don’t know where to vent it. We can help you.

“We want to let you know we love you and Jesus loves you.

“It is well with you”

Osinachi Nwchukwu: City Of Refuge Church Console With Family, Says No Man Has The Right To Beat A Woman (See Video)