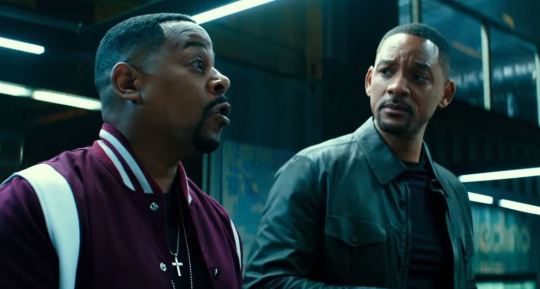 Bad Boys For Life has finally dropped its full length trailer and it’s everything you could’ve hoped for from the popular series making their grand return.

Will Smith’s character Mike Lowrey slow-mo getting out of a Porsche? Check. Martin Lawrence’s Marcus Burnett immediately ruining the Porsche by whacking it into a fire hydrant.

Guns, fast wit, and a good cop/bad cop duo that you can’t help but love and it’s obvious that it’s business as usual for them pair. But as they prepare to retire, they agree to one last ride before they go their separate ways. So naturally, they’re going to make it count in a big bad way.

Heading to take down a drug cartel in Atlanta, things soon go form bad to worse from the fast-talking duo and it could end in disaster.

Throw in some new police pals (one of which is Vikings’ Alexander Ludwig) who can’t even get the bad boys theme song right and you know they’re in trouble.

Bad Boys For Life follows Miami PD and its elite AMMO team’s attempt to take down Armando Armas (Jacob Scipio), head of a drug cartel. Can their new cop friends help take down the bad guys (or at least learn the bad boys song properly?!)

Armando is a cold-blooded killer with a vicious, taunting nature. He is committed to the work of the cartel and is dispatched by his mother to kill Mike,’

The third Bad Boys film was confirmed by Will and Martin in November 2018, snapping themselves shooting Venice Beach in Los Angeles, California to get cracking on the new shoot. They wrapped in April.

Bad Boys For Life is released in cinemas in January 2020.