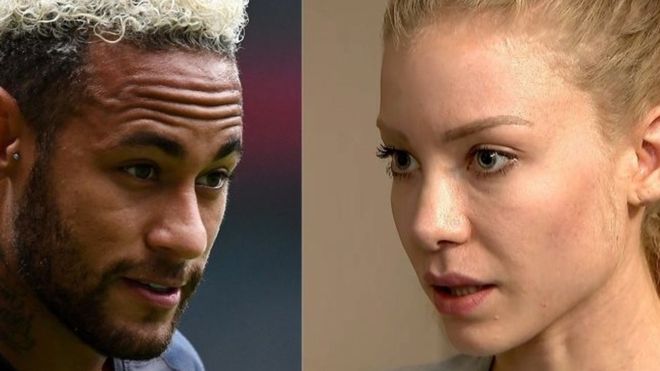 Police in Brazil have charged a woman who accused the international footballer, Neymar, of raping her in a Paris hotel in May with perverting the course of justice.

Najila Trindade and her former husband, Estivens Alves, have been accused of lying to police and attempting to blackmail the player.

The Paris St-Germain player has been cleared of any wrongdoing.

Trindade’s lawyer said the indictment had taken him by surprise.

Cosme Araújo rejected the police accusations and said his client had never colluded with Alves to extort money from the Brazilian football star.

It first came to light in June, when the Paris St-Germain star released a seven minute video on Instagram revealing that he had been accused of rape.

He also published Whatsapp messages and images that he claimed to be of the woman.

In the video he says he had to make them public to “prove that nothing really happened”.

He said they met online. He paid for her trip to France and they had consensual sex before Trindade returned to Brazil and went to a police station to accuse him of attacking her.

Neymar denied the allegations from the beginning and said he was being extorted.

Police closed the case at the end of July.

The São Paulo attorney general’s office said the case was suspended due to a lack of evidence.