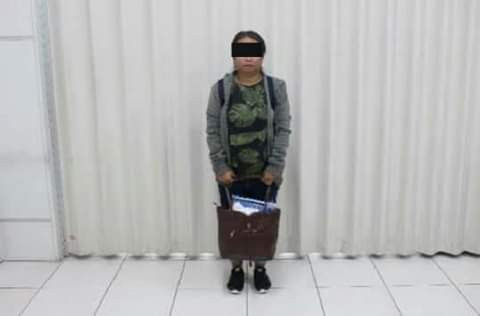 Japanese police and Customs officials at Fukuoka Airport have arrested seven Thai women who smuggled drugs weighing more than a kilogram into the country.

Two of the women were arrested this week with bundles of crystal meth (Ice) wrapped tightly plastic and condoms and hidden in their private parts.

According to Thailand’s Narcotics Board, Fukuoka Airport officials said the suspects, all between 20 and 50, were searched because they were acting suspiciously.

The Narcotics Control Board’s sec-gen, Niyom Termsrisuk, told reporters  saying, “For those traveling into Japan, please note that Japanese authorities are now hyper-vigilant about drug smuggling into the country especially by visitors traveling from Thailand,” .

Upon questioning, all seven women reportedly admitted to smuggling the drugs into the country for sale to foreigners living in Japan.

37 Thais have been arrested this year in 20 separate drug-smuggling incidents.  Most of those busted were women traveling to the country as tourists, Niyom said, adding that the perpetrators were hired, encouraged or pressured into smuggling by an “ethnic” drug trafficker.

“We’d like to warn our citizens not to fall victim or to be persuaded to be used as a tool in these dealers’ cross-country smuggling schemes. This may come in the form of inviting you to travel for free in exchange for hiding drugs in your body or they may just blatantly ask you to smuggle drugs,” Niyom said.

Photos: Two women caught at Japan airport with packages of drugs wrapped in condoms and hidden in their private parts

Photos: Two women caught at Japan airport with packages of drugs wrapped in condoms and hidden in their private parts