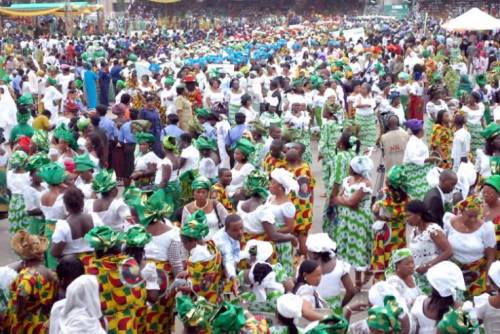 Female political leaders in the Southeast have kicked against the continuous relegation of women to the background in elective and appointive political positions.

They have demanded the enactment of a legal framework that would define modalities for equal balancing of political positions.

The group, which operates under the aegis of ‘South East Female Political Leaders’, gave this hint as part of the resolution reached after their three-day workshop with the theme, ‘Sustaining political spaces for continuity as leaders through active participation and constituency projects involvement’, held in Enugu, organized by Alliances for Africa.

They advocated for a legal framework that would see more Nigerian women involved in partisan politics, either through elective or appointive positions.

The women group lamented that through party politics, it had remained ‘all men affair’ in most of the elections, adding that the high cost of the forms was another factor strategically used by the dominant political parties, the PDP and the APC to scare women away from the context.

They pointed out that Abia State was the worst hit as it had no elected female member of the House of Assembly.

The women resolved that the affirmative action bill will be revisited and strengthened to achieve improved results in 2023.

Women participation in politics in Nigeria is only four percent, while in many African countries like Rwanda, South Africa etc, the ratio has gone up to 36 percent.