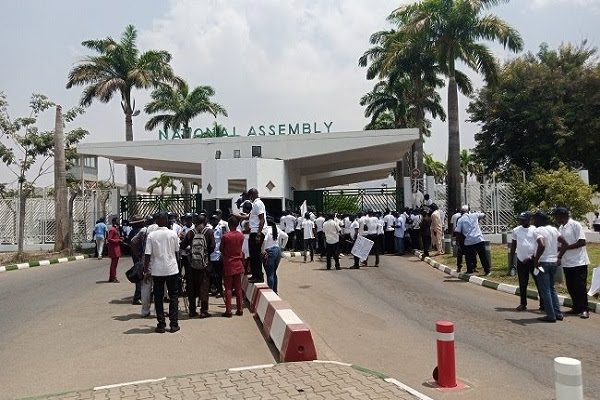 The Nation Newspaper reports that the workers under the auspices of Parliamentary Staff Association of Nigeria (PASAN) had on Friday, June 3, warned that they will commence an indefinite strike on Monday.

They are also asking for the payment of arrears of Minimum wage, leave grant and other allowances. The workers blocked the gate with their coastal bus and human shield. They vowed that the strike will be total and indefinite.

Related Topics:#SosscopeNASSNational Assembly
Up Next