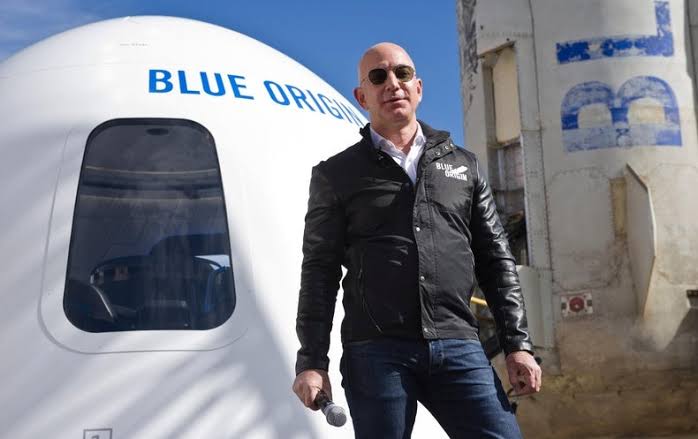 The wealthiest man on the planet Jeff Bezos, will ride his own rocket to outer space on Tuesday, a key moment for a fledgling industry seeking to make the final frontier accessible to elite tourists.

Blue Origin has planned its first crewed mission, an 11-minute hop from west Texas to beyond the Karman line and back again, to coincide with the 52nd anniversary of the first Moon landing.

Virgin Galactic founder Richard Branson made the voyage on July 11, narrowly beating the Amazon magnate in their battle of the billionaires.

But Bezos, like Branson, insists it wasn’t a contest.

“There’s one person who was the first person in space — his name was Yuri Gagarin — and that happened a long time ago,” he told the TODAY show on NBC on Monday, referencing the Soviet cosmonaut’s 1961 milestone.

“This isn’t a competition, this is about building a road to space so that future generations can do incredible things in space,” he added.

Bezos, 57, founded Blue Origin in 2000 with the goal of one day building floating space colonies with artificial gravity where millions of people will work and live.

Today, the company is developing a heavy-lift orbital rocket called New Glenn and also a Moon lander it is hoping to contract to NASA.

Joining Bezos will be barrier-breaking female aviator Wally Funk, who at 82 is set to be the oldest ever astronaut, and 18-year-old Dutchman Oliver Daemen, who will become the youngest.

Rounding out the quartet is Jeff Bezos’ younger brother and best friend Mark, who directs the Bezos Family Foundation and works as a volunteer firefighter.

Notably absent is the still anonymous winner of a $28 million auction for a seat, who had “scheduling conflicts” and will take part in a future flight.

Daemen’s father, the CEO of a private equity firm, was a runner-up in the bidding, allowing his teenage son to become the company’s first paying customer.

After lift-off, New Shepard will careen towards space at speeds exceeding 2,300 mph (3700 kph) using a liquid hydrogen-liquid oxygen engine whose only byproduct is water vapor.