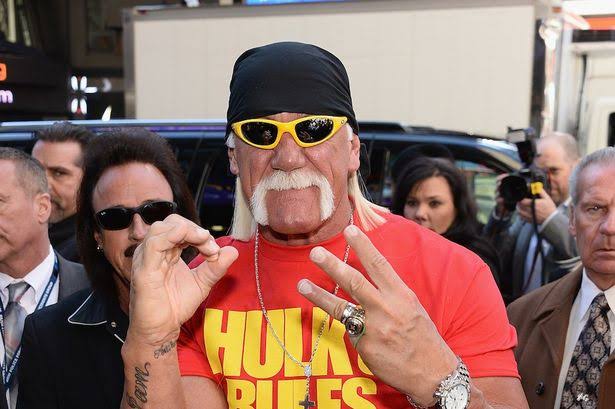 Hulk Hogan’s iconic moustache has to be ranked right up at the top.

The WWE Hall of Famer who returned to the company in 2018 after a three-year exile when he was caught up in a scandal after using racist language in a leaked tape has long sported his trademark blonde handlebar, only ever really deviating from the style when he grew a darker beard underneath for his time as Hollywood Hogan in the nWo.

Hogan – whose real name is Terry Bollea – shared a few snaps of his new facial hair on Twitter, and appeared to hint at a return of the blonde and black for 2020. He tweeted: ‘Something really big is about to go down, HollyWoodHogan4Life”2Sweet” (sic)’

It appears as if the former world champion could be going back to his edgier look  or he’ll be helping out Father Christmas as a Santa lookalike over the festive season which would be very timely after it was recently confirmed he would once again be joining the Hall of Fame, this time with his nWo teammates Sean Waltman, Kevin Nash and Scott Hall.

Beautiful picture of four generations of royals baking together (Photos/post)