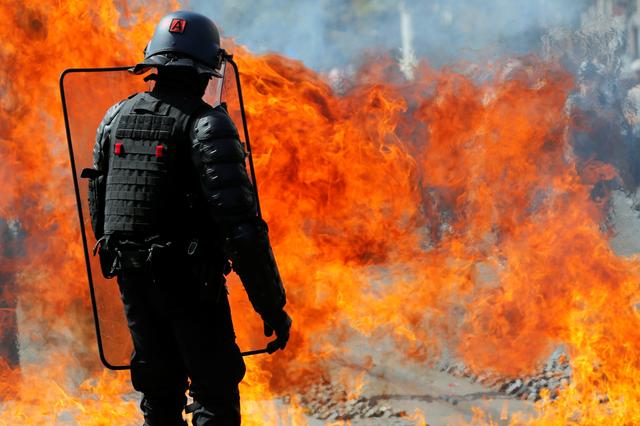 Hundreds of demonstrators faced police in a tense stand-off in the French city of Nantes on Saturday as revived “yellow vest” protests against the government of President Emmanuel Macron took place across the country.

Police responded with tear gas after some protesters threw projectiles. A spokesman with the local prefecture said 21 people had been arrested.

The Gilets Jaunes (yellow vest) protests, named after motorists’ high-visibility jackets, began over fuel tax increases but morphed into a sometimes violent revolt against Macron and a government they see as out of touch.

The president has sought to ease tensions with 17 billion euros ($18.82 billion) of countermeasures to boost the monthly minimum wage, remove some taxes, and offer relief to poor retirees. But he faces a new round of anger with a long-awaited reform that seeks to merge France’s 42 different pension systems into a single points-based system.

Parisian commuters faced travel misery on Friday as metro workers went on strike over plans to reduce their retirement privileges.

Related Topics:FranceNantesyellow vest protest
Up Next