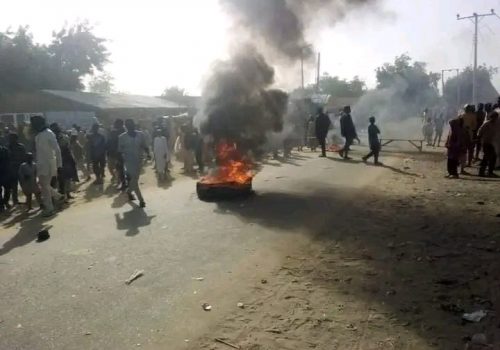 According to reports, the boy’s death sparked chaos in Kabba town by angry youths in the area.

It was also learned that protesters barricaded the police station in Kabba, chanting war songs while law enforcement agents used tear gas to disperse the crowd.

Blueprint gathered that the boy was allegedly drinking from a sachet of water belonging to the police officer when he was killed.

The incident was confirmed by Kogi State Commissioner of Police, Edward Egbuka.

Egbuka said the accused officer only tried to defend himself after an altercation with the victim, according to a preliminary report.

Kenyan Kills Wife, Hangs Self Over Their Inability To Bear Children