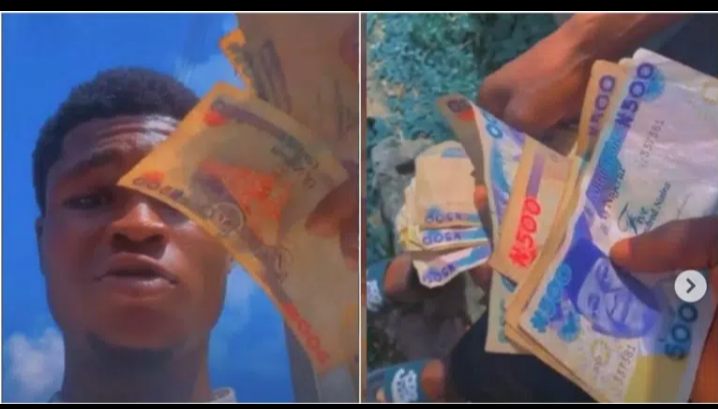 Some youths took to social media to show off the money they received at the Ekiti State Governorship election after selling their votes.

The viral video captures some boys expressing excitement in the Yoruba language that they have made so much money from the election.

According to the boys, they have been lifted high and are ready to spend money at locations.

The video generate reactions from netizens as they expressed their anger over the action of the boys.

yoyoskincare.cosmetics wrote: “Sense them no get gullible set of people”

nnekybuike wrote: “All these people should be arrested.. Let the produce who gave them money.. EFFC see work”

omo____tee wrote: “Wait o,so they are proud for selling their vote omooo we youth need to do better”