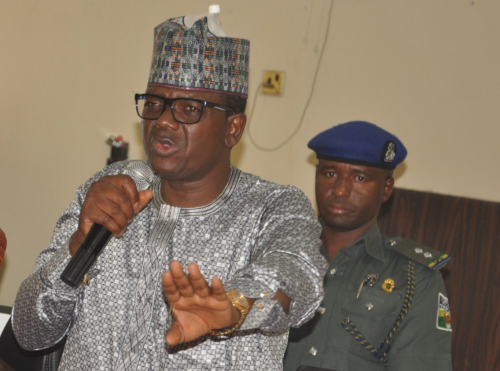 Governor Bello Matawalle of Zamfara state has closed down Shattima Model Primary School, Gusau over the desecration of the Holy Qur’an.

Report claimed that the torn pages of the holy book were found in the morning on Friday, September 27 in the school’s sock-away

A statement issued by Yusuf Idris, the Director-General, Press Affairs to the governor said the school has also been shut pending full investigation by the state Basic Education Commission.

The Holy Qur’an were discovered around 11am on Friday in the sewage of the school. There has been abuses of the Holy Book in the state since late 2017. The incidences occurred at Danturai Primary school, State Library, Farida General Hospital and Rabi’a Jumaat Mosque, among others, all within Gusau metropolis.

The governor who is currently in the United States to woo investors, assured that the government would fish out the perpetrators. He directed immediate deployment of three additional security guards to all public primary schools in the state capital to beef up security. “Government will deal ruthlessly with anyone with a hand in this dastardly act, however highly placed,” he said and urged residents to be more vigilant.